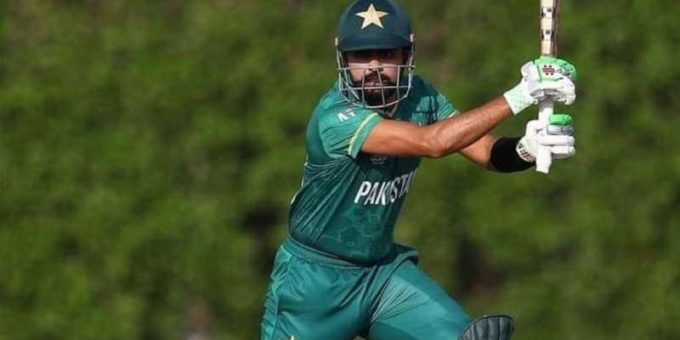 As the Pakistan T20 World Cup squad gathered for breakfast at their hotel in Dubai on the eve of their match against archrivals India, skipper Babar Azam had something to say.

“Relax,” he told the boys, who are carrying the weight of Pakistan’s forgettable history against India at World Cups. The record reads 12-0 in favour of the latter.

Babar, who is also expected to be the talisman again for Pakistan, urged his team that it needed to hold the nerve.

India and Pakistan renew their high-profile rivalry in a T20 World Cup blockbuster watched by hundreds of millions of fans across the globe.

While Virat Kohli’s India’s 100% record against in all of their 12 matches at the T20 and 50-over World Cups against Pakistan, Babar’s side go into the contest with 10 wins in a row in the United Arab Emirates, their home away from home for most of the last decade.

It will be the first time the two nations have clashed since the 50-over World Cup in 2019.

Of the 12 World Cup losses for Pakistan, five have been at the T20 tournament.

Two were at the inaugural event in 2007 – a tied group game decided by a ‘bowl-out’ and a five-run loss in the final.

“To be honest, what has passed is beyond us,” said Pakistan captain Babar Azam on Saturday. “Records are meant to be broken.”

“The matches between Pakistan and India are always full of intensity so we need to perform well in all three departments of the game,” said Babar, who has two T20 International centuries to his name in 2021.

Kohli, who steps down as India T20 skipper at the end of the World Cup, described Pakistan as being “very strong”.

He also shrugged off the significance of his side’s dominance.

“These things create distractions. What matters is how we prepare and execute on any particular day, regardless of the opposition,” he said.

“You have to play your best cricket against them, because they have lots of talent and players who can change the game.”

Are Aryan Khan’s WhatsApp chats being misinterpreted by the NCB?