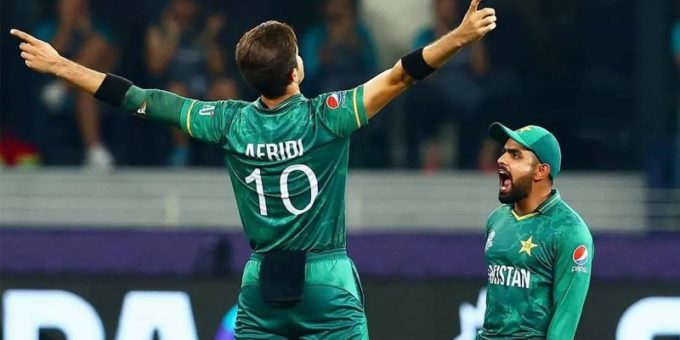 Pakistan skipper Babar Azam and star pacer Shaheen Shah Afridi have been named in ICC’s “Then and Now XI”, ahead of the U19 Cricket World Cup.

The
team was compiled to showcase the upward trajectory of players since their
arrival on the international stage.

“A team
of players, one from each country, who played and excelled in ICC Under-19
World Cups overs the years, and has since continued to scale the heights in
international cricket too,” the ICC said in a press release.

“Babar Azam played in two Under 19
World Cups – 2010 and 2012 – and finished as the third and second highest
run-scorer respectively in the two tournaments, scoring a hundred apiece in the
two events,” the ICC stated while lauding the Pakistan captain.

“Babar made his ODI debut three
years after the second tournament, where he led the youth side and has since
been one of Pakistan’s most prolific batters in all three formats. Babar has
compiled more than 9,000 international runs and is now the Pakistan captain
across all formats,” the press release added.

“Shaheen Afridi enjoyed a terrific
tournament in 2018, picking up 12 wickets at an average of 14.58, including a
stunning 6/15 against Ireland. Months after the tournament, Shaheen made his
senior team debut in all three formats and now has over 150 international
wickets. He is now the No.4-ranked Test bowler in the ICC Rankings,” the ICC
said.

We Have To Be Cautious But No Need To Panic, Says PM On Omicron

Will He Stay Or Go? Suspense Over Trinamool Strongman Suvendu Adhikari
2020-11-18