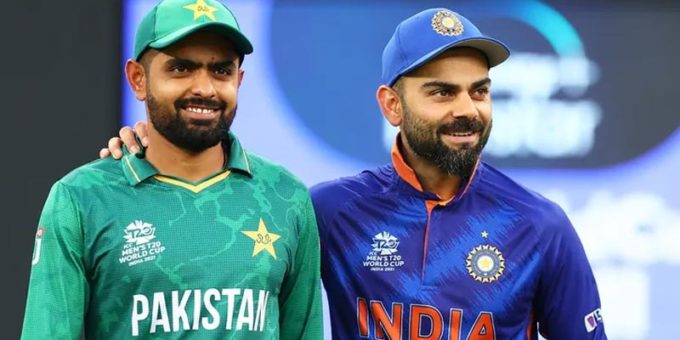 Pakistan skipper
Babar Azam has refused to share the details of his conversation with India
captain Virat Kohli, during the recently-concluded T20 World Cup.

Kohli and Azam’s animated discussion was caught on camera
before the toss of the high-profile Indo-Pak clash on October 24.

“I won’t reveal the discussion in front of everyone,” said
Babar when questioned about the duo’s conversation.

It must be noted that Pakistan won the match in emphatic
fashion by 10 wickets, to register their first-ever victory in World Cup
matches over India.

The Men-in-Green are currently preparing for the upcoming
three-match T20I series against West Indies, which starts in Karachi on Monday,
December 13.

Monday’s game will be followed by T20Is on Tuesday and
Thursday and by three one-day internationals on Saturday, Monday and Wednesday
— all in Karachi.