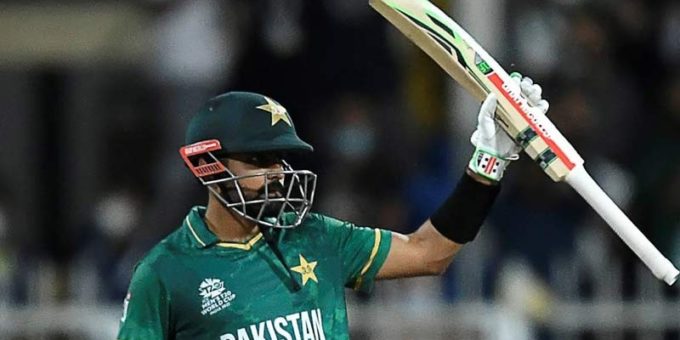 There is a tie for top position of batters between Azam and England’s Dawid Malan, who have 805 rating points each.

🔹 Babar Azam surges to the 🔝
🔹 Mohammad Rizwan into the top three 🔥

Azam is also
the only Pakistan batter in the top 10, ninth position, of Test rankings. The
right-hander is the top-ranked ODI player in the world as well.

Meanwhile,
Pakistan wicketkeeper-batter Mohammad Rizwan is now at a career-high 798 points
and is placed at the number three position.

As far as
Test rankings are concerned, Australia’s in-form batter Marnus Labuschagne has
replaced England’s Joe Root at top of the batter’s list.

“Australia
batter Marnus Labuschagne is now the number one batter in the ICC Men’s Test
Player Rankings, surpassing England’s Joe Root who had been on top since August
this year,” ICC said in a press release.

“In the
second Test held in Adelaide, Marnus scored his first Ashes century and went on
to be adjudged the ‘Player of the Match’ for his knocks of 103 and 51
contributing towards Australia’s 275-run win over England,” it added.

Best lehengas worn by celebrities in 2021

Jana Duggar and Laura DeMasie: Things Get Awkward in Counting On Clip
2019-04-04