Breaking News
2021-06-16 Baby Deer Visits Dog Who Saved It From Drowning. We’re Not Crying, You Are 2021-06-16 How India’s Most Crowded City Mumbai Beat The Odds, And Covid 2021-06-16 Attempt to rape Pori Moni: police recover 102 passports from accused Omi’s recruiting agency 2021-06-16 Anupam Kher Shares A Rare Throwback Picture Of Himself With Shah Rukh Khan and Jackie Shroff 2021-06-16 Briana DeJesus and Javi Gonzalez: Why Did They End Their Engagement? 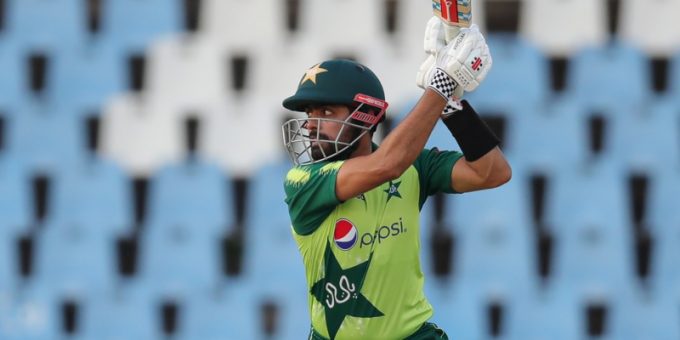 Pakistan captain Babar Azam has opened up about his maiden T20I ton which helped the Men-in-Green to secure 2-1 lead in the four-match series against South Africa.

While chasing a total of 204, the right-hander played a remarkable knock of 122 runs off 59 balls with the help of 15 boundaries and four sixes.

“I was waiting for such an innings for a long time,” said Babar in a video released by the Pakistan Cricket Board. “I planned for it, and felt if I got a chance, I would grab it. I am thankful that I was able to deliver.”

Rizwan among Wisden’s five ‘cricketers of the year’

Babar praised Rizwan, who remained unbeaten on 73 runs off 47 balls, for playing an outstanding innings while fasting.

“The partnership with Rizwan was outstanding,” said the
26-year-old. “I give him credit for the way he played because it is really
tough to play while fasting and despite that, he batted and kept wicket
throughout. It takes a lot of courage and guts.”

“The whole team takes inspiration watching him and it brings us confidence,” he added.

The duo made a memorable 197-run opening stand – it is Pakistan’s highest opening partnership in the shortest format of the game.

Commenting on the fourth T20I, he said, “Team’s morale is
high, we are positive heading into the final game of the series. We will try to
carry our winning momentum forward and win the series.”

The final game of the tour will be played on Friday.

Briana DeJesus and Javi Gonzalez: Why Did They End Their Engagement?
2021-06-16