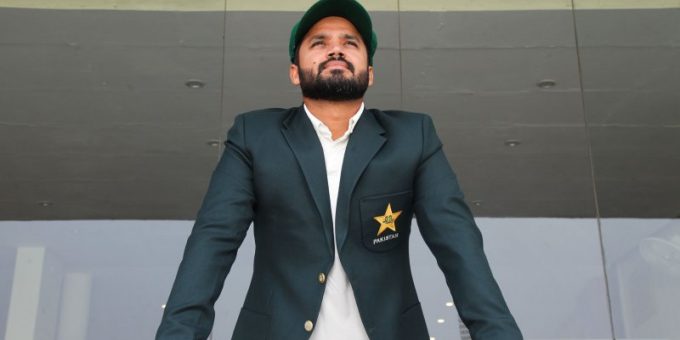 Pakistan’s newly-appointed Test captain Azhar Ali on Friday said that he is looking forward to leaving behind a legacy.

“There could be no greater honour,” he said as quoted by ESPNcricinfo on their website. “This is an opportunity for me to leave a legacy. The amount of cricket I have played for Pakistan, the next four to five years are very important for me both as a player and a captain.”

“The Test Championship is coming up, and that’s like a World Cup for Test cricket. Right now, we are number seven in the rankings, so we have a fair distance to travel.”

Azhar added that his team will get to play fearless cricket in the upcoming World Test Championship against sides that are placed higher than them in the world rankings.

“I want to transfer my experiences to them and help them learn how to play fearless, positive cricket. So winning is very important, but building a positive culture is my top priority. As you know, I have prioritised Test cricket, because it is the best format of the game, and the format that sees the players’ best skills come out. My priority will be to have my players focus on red-ball cricket because white-ball cricket will take care of itself.”

He also spoke highly of Sarfaraz over his contributions towards Pakistan cricket.

“I’d like to thank Sarfaraz. The way he’s led Pakistan and the services he’s provided Pakistan with are excellent. I spoke to him after today’s announcement and my full support lies with Sarfaraz.”

He said that he decided to take up the opportunity to lead the side after consultation with his close ones.

A Fistful of Dollars – The Danish National Symphony Orchestra (Live)

Wei Wai Kum First Nation to get territorial land back in agreement with B.C. government
2022-08-16