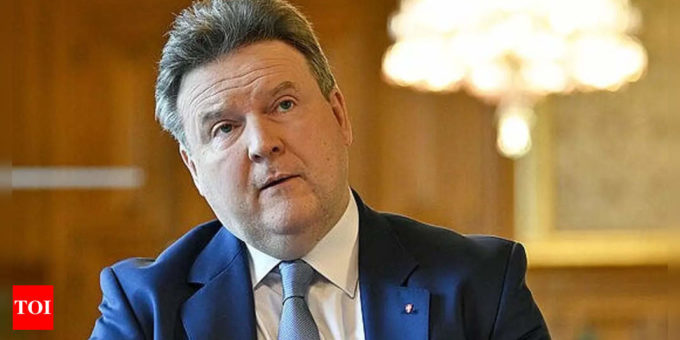 VIENNA: The Austrian government announced Wednesday it has halted several highway construction projects, an initiative by the Greens, a junior coalition partner, to fight climate change.
The environment ministry, headed by Greens politician Leonore Gewessler, earlier this year launched a review of all new road construction plans by giant Asfinag, raising tensions within the coalition led by the conservatives.
Among those ordered stopped on Wednesday is a planned eight-kilometre (five-mile) highway tunnel under part of the Lobau national park to ease traffic flow east of Vienna.
The project has led to protests Gewessler took part in some of them herself before the Greens entered government and legal filings to prevent its construction.
“The fight against the climate crisis is our historic duty. More roads mean more cars, more traffic,” Gewessler told a press conference, adding that she did not want to leave children a future “full of cement, full of destruction”.
Gewessler added that the government was open to work with Asfinag and other stakeholders to find alternatives to the cancelled projects and ensure mobility.
Vienna Mayor Michael Ludwig said the city would study the ministry’s decision, insisting the Lobau highway tunnel would not endanger the national park and was essential to ease traffic and connect the capital’s outskirts.
Activists welcomed the ministry’s ruling, with the Fridays for Future grouping saying it should represent a “climate policy tipping point”.
They vowed to keep up their months-long occupation of Lobau project-related construction sites until the city announces their dismantlement.
According to the Greens, the Lobau, a vast floodplain along the Danube, is “the only example of a national park in the heart of a European capital”.
The Greens joined the conservatives in 2020 to rule the Alpine EU member of nine million as junior partners in the country’s first such coalition government despite its hard line on immigration.
The government aims to make the country carbon neutral balancing greenhouse gas emissions against measures that absorb or eliminate carbon by 2040.