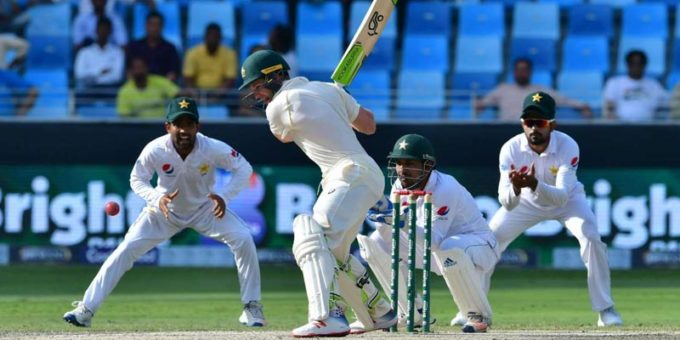 Tour to start from March 3

Cricket Australia is reportedly
negotiating with the Pakistan Cricket Board to shift the three-match Test
series to a single venue.

Karachi, Lahore and Rawalpindi are scheduled to host the
five-day games starting from March 3.

According to the Sydney Morning Herald, negotiations are continuing with the PCB about the possibility of playing all three Tests in one venue for health and security reasons.

However, PCB spokesman has denied this report saying that no such suggestion is under discussion and it’s not possible to arrange 19 days of international cricket at one venue.

Tests will be played at three venues as scheduled, he added.

First Test will commence from March 3 at the National
Stadium Karachi, followed by the second Test, which will be played at the Rawalpindi
Stadium, Rawalpindi from March 12, while, the third and final five-day game
will be hosted by the Gaddafi Stadium Lahore from 21st of the month.

This will be Australia’s first tour of Pakistan in 24 years.

Apart from Richardson, Australia look set to send a full
squad to Pakistan for the Test series. Mitchell Starc is also expected to be on
board after withdrawing from the IPL.

The three one-day matches and T20I have all been scheduled
for Lahore.