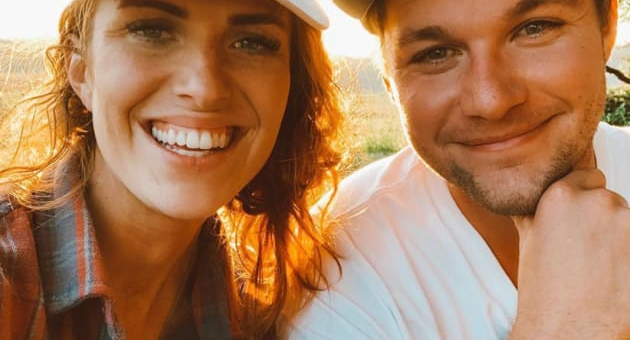 Most of the time, when Audrey Roloff gets dragged for “endangering” her daughter, it’s nothing but a load of BS.


This time, however, Jeremy and Audrey gave fans a real fright when they described a familiar-sounding “blanket” parenting technique.


To many, it sounds eerily similar to an abusive practice by the worst parents on reality television: Jim Bob and Michelle Duggar.


Taking to her Instagram Stories, Audrey Roloff decided to share a parenting technique that she and Jer had been using on baby Ember.


It would begin, she says, by placing Ember on a blanket.


“We would basically just say, ‘stay on the blanket,’” Audrey revealed.


“And if she crawled off the blanket,” she explained. “We would just put her back on the blanket.”


“And only did it for, you know, a few minutes at a time when she was younger,” Audrey noted.


As Ember got older, however, Audrey says that they would “gradually increase the time.”


She was sure to emphasize that this was never a “super rigid thing.”


Audrey clarified that this was not a daily practice.


Rather, she explained that they usually did it about once a week.


According to Audrey, the purpose of the exercise was not about getting a sick thrill from controlling a tiny person.


Rather, she explained, the goal was to give Ember experience with “boundaries and self-control zones.”


Auj wanted Ember to learn “how to self-entertain.”


She also wanted her daughter to learn “how to be disciplined.”


And she wanted Ember Jean to learn “how to obey mom and dad.”


All of those sound … super premature for a literal toddler who’s supposed to be learning shapes and colors.


First and foremost, many fans of the Roloffs who heard this immediately thought of the Duggar-practiced “blanket training.”


(Serious content warning for these next few lines, because it’s a description of child abuse)


Promoted by the infamous monsters Michael Pearl and Debi Pearl, it involves placing your baby on a blanket.


If the baby tries to leave the blanket, the baby is hit with an object such as a ruler. This method uses pain to force obedience.


Pearl “methods” for tormenting children with violence continue throughout their lives and produce broken, traumatized adults.


Thankfully, Jeremy and Audrey’s method does not include physical violence,even though they described an eerily similar concept.


But fans still took issue with the concept of what Audrey explained to them.


On Reddit, one person noted: “45 minutes is like an eternity to a baby. That just sounds awful for Ember.”


“How will a child distinguish between time out and blanket time?” that comment continued. “Sounds super controlling and just weird. Let the kid be a kid.”


“If you can’t keep an eye on your kid without them being confined to a small space on a blanket,” that comment continued. “Then you need some serious help.”


Another noted that they “hate when people talk about TRAINING their kids. It’s dehumanizing.”


Those are all very good points.


Real talk: if you want your kid to learn how to entertain themselves, just have an only child or wait a few years before having baby #2.


If you want your kid to obey you, talk to them as they’re old enough to understand you.

Tanushree Dutta on ‘Men too’: “Seems More Like An Attempt to Massage Some Wounded Male Ego!”