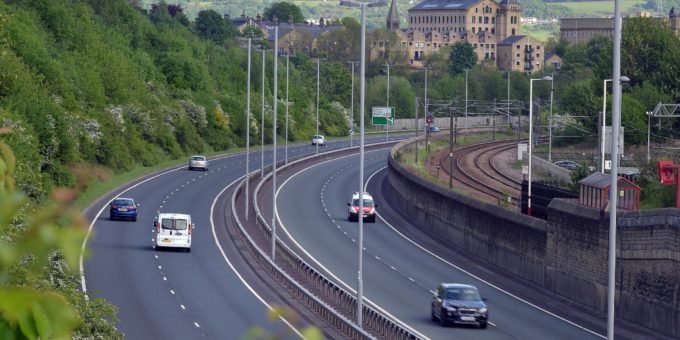 An Audi A3 driver has been jailed for nine months after he led the police on a high-speed chase when he was caught doing 81mph in a 50 zone.

Imran Khan, 25, of Trenton Drive, Manningham, Bradford, first pulled over for the traf-fic officer who was doing speed checks, but then accelerated away down Cottingley Road.

During an eight-minute pursuit at 6.30pm on August 23 last year, he ran four red lights, forced other drivers to take evasive action to avoid a collision, and did 75mph in a 50 zone, Bradford Crown Court heard today.

He sped along Toller Lane “bullying” other road users into getting out of the white Au-di’s way and went the wrong way down a one-way street.

Khan continued on to Carlisle Road in Manningham where he abandoned the car.

When he was apprehended, he told the police: “I’m sorry. I don’t know what I was doing.”

He tested positive for cannabis and had a small bag of the drug with him.

The court heard that Khan refused to provide a specimen of blood for analysis at the po-lice station.

Khan had a previous conviction for dangerous driving dating from February, 2018.

He pleaded guilty to dangerous driving, driving while disqualified, driving uninsured, failing to provide a specimen for analysis and possession of cannabis.

A letter from Khan expressed his sincere apologies and he had pleaded guilty at the first opportunity in the magistrates’ court.

Miss Hoskins said that he at first pulled over when he saw the police blue light and wished he had not made the decision to drive off.

The court heard that his wife was poorly at the time and he drove to fetch something she wanted.

He had suffered a bad car accident in 2017 that had left him with a metal hip that needed replacing. He was also on medication for mental health problems.

He had this time led officers on a high-speed chase lasting up to eight minutes, “bullying” other drivers, undertaking, going the wrong way down a one-way street and running four red lights.

He had abandoned the Audi after hitting the kerb and run off.

Khan was banned from driving for 16 months.