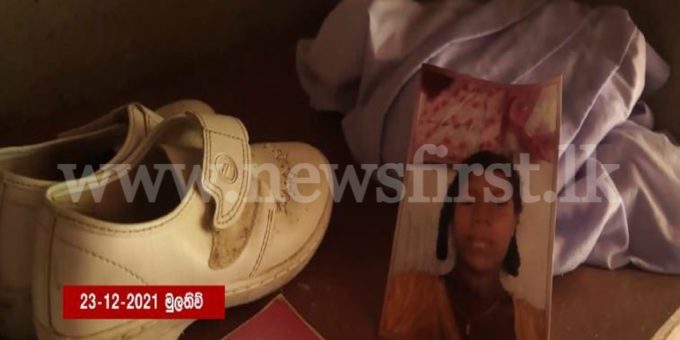 Sri Lanka Police said the suspects arrested over her death, are being detained and interrogated.

The body of Yogarasa Nidarshana who was reported missing since the 15th of December was discovered three days later, on the 18th of December.

Earlier, her relatives said that she left home on that day to visit her sister’s residence, located some 500 meters away from home.

However, Sri Lanka Police now say that this is a false claim and there is more to the death of the girl.

According to Sri Lanka Police, Nidarshan’s father has revealed many details surrounding her death. He told Police that his 13-year-old daughter was 2 months pregnant and that his wife attempted to perform a domestic abortion after learning that her daughter was pregnant.

According to local Police, there were signs that the body was placed in a body of water for a considerable period of time. Accordingly, Mullaithivu District Judge T. Saravanaraja visited a well that was suspected of being used to dump the body.

Following the magisterial inquiry, the Magistrate ordered the police to produce as evidence, a blue color table as material evidence in the case.

News 1st’s Christina Ratnam contributed to this report from Mullaithivu.