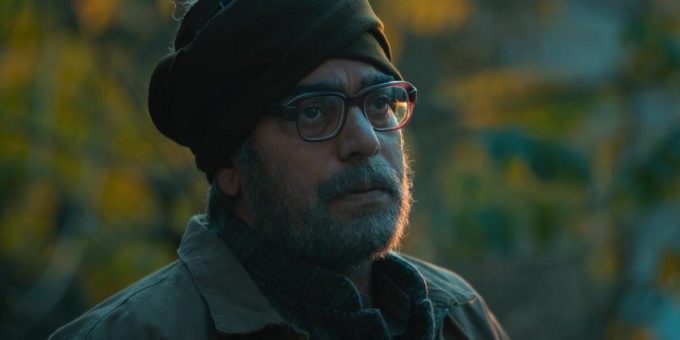 Raveena Tandon made her digital debut with Netflix show Aranyak which dropped on Friday. The crime thriller has already found takers due to its nail-biting storyline and thrill factor. Apart from the 90s star, it’s Ashutosh Rana who caught everyone’s attention in the trailer.

In an exclusive chat with indianexpress.com, Ashutosh talks up about Aranyak, his character, and his various sides. He also opens up about breaking stereotypes and the actor’s ego. The proud father of two also reveals whether his sons have also shown interest in acting.

Not much has been revealed about Mahadev Dogra in the trailer. Tell us more about him.

Mahadev Dogra is a retired police officer, and as I keep saying, he may be retired but he is not tired. He is also dealing with dementia and doesn’t realise that he is no more a part of the police force. He still keeps visiting the police station and knowing his medical condition, his colleagues play along. They know he won’t register the same. As for Aranyak, it’s based in Sirohna, a very small town that gains prominence after a major incident. The thriller begins from there and has a lot packed in for the audience.

Given you are playing a character suffering from a mental illness, was it an added responsibility to ensure it’s dealt with in a sensitive manner?

It becomes an additional responsibility if you are doing something to shock or surprise someone. Mahadev Dogra comes with his own strengths and weaknesses. His mental condition is not added to create a buzz. I don’t know if I have done justice but I wanted to be honest and real with him. Also, it’s only a part of him as a person. We aren’t trying to preach or make fun of the condition.

Aranyak also has a very interesting mix of mystery and mythical. Do you think merging both genres gives makers a broader canvas to set up a thriller?

Absolutely. With a thriller, the prime objective is to keep the audience hooked. One has to get transported to the story and move along with it. With both these genres, they would not only be left curious but also make their assumptions. And eventually, they would be shocked as they fail in predicting. There are multiple characters in this show and each one has its own story. Also, all their interpersonal relationships are multi-layered. There’s a lot of thrill and drama and some really big twists.

It’s been almost two years since OTT has become the source of entertainment for the audience. With theatres now slowly gaining momentum, do you think it will manage to pull cinegoers back?

100 percent, it will never fail. Due to the pandemic, our world got restricted. We were also treated to entertainment via our mobiles and small screen. However, the magic of the big screen experience can never be recreated. I remember when television came to India, people had the same fear but cinema will never end. Every medium has its own importance. Also with OTT, as actors, we are entering someone’s drawing room. But when an audience comes to watch the film in theatres, we are the host. And I think everyone wants to be a guest at some point — respected and treated with the best.

Coming back to your career, you started with negative roles. Did you fear being stereotyped and how challenging was it to break out from that image?

By staying away from the temptation of appreciation and money. One has to steer away from it to be able to work according to their satisfaction. They also need to have patience. I have always believed that I will work and earn enough to give my family a comfortable life. Cashing in on something will make you earn a lot but you will lose mental peace. Also, I never wanted to be part of the rat race. As far as negative roles are concerned, I always did those with a positive attitude. And that is the reason I have films like Dushman, Sangharsh, Humpty Sharma Ki Dulhaniya, Mulk, Simmba, Sonchiraiya, or more recently Pagglait and Chhatrasal. I may have played grey characters in all of them but each one is so different from the other. I don’t judge characters as negative or positive, I only look at them as performances.

Since you have been part of numerous multi-starrers, how does it feel knowing that you are just a character in some stories. Does an actor’s ego ever come in between?

Even when it’s the biggest machine, the smallest of parts is very important. Even if one part malfunctions, the machine may stop working. Also, I have always considered a film like a woman and all characters are the ornaments that make her look beautiful. Now one piece of jewellery cannot compete with the other as each one has its own role to make her look beautiful. Hence, one has to just honestly play their part and shine in that. An actor’s ego should get hurt if they cannot deliver in the part they have been given not by the length. You got an opportunity, be it big or small and you failed — that should hurt one rather than worrying that someone else has got a bigger part while I am just a character.

You had shared that Aranyak is releasing on your son’s birthday. Tell us about them. Have they shown any interest in acting yet?

Just like our parents did not put pressure on us, similarly, Renuka ji and I have also given them complete independence to find their passion. We both believe that one should make their passion their profession. You should be able to work towards achieving your dreams and happiness. You should own your life and craft. Only then success and failures won’t worry you as you would be working for joy and satisfaction. As for my kids, they do like my performances. They also feel I am quite a mature and skilled actor (smiles).