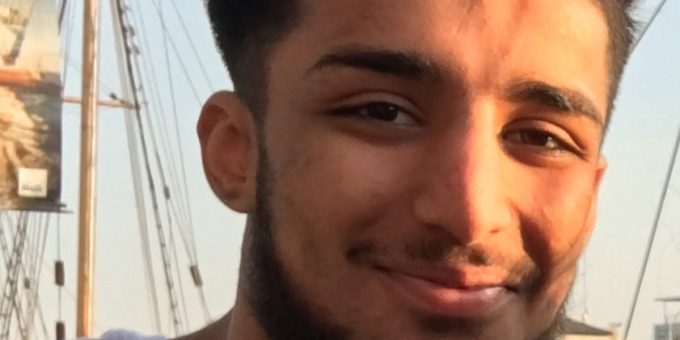 Detectives say they have made arrests in connection with a fatal stabbing in Hull.

The victim has been named as Abdullah Balouchi who was stabbed on Wednesday evening (October 7).

Senior Investigating Officer, Detective Chief Inspector Bob Clark, said: “A number of enquiries are underway and ongoing, with leads being followed up and continuous action taking place to fully establish the circumstances of the incident that night.

“Formal identification has now taken place and Mr Balouchi’s family have released a photograph of their loved one. They are being supported by specially trained officers and I would ask their privacy is please respected at this incredibly sad time.

“Further arrests have been made overnight (October 9) and in total, six people now currently remain in police custody and under investigation in connection to the incident.

“We know the disorder ensued in the Peel Street area at around 8pm on Wednesday, 7 October, and that weapons were used.”

Mr Balouchi, 20-years-old, was injured and taken to hospital where he tragically died.

Detective Chief Inspector Bob Clark added this weekend, “There are still a number of complex lines of enquiry we are carrying out and I would appeal to anyone who was in the area at the time or who may have witnessed the incident to please come forward.

“No matter how insignificant or small you feel the information you may have is, it could be vital to the investigation.

“Information can be passed on to us via our online portal here via the charity Crimestoppers where your information can remain completely anonymous by calling 0800 555111, or by calling police on 101 with log number 500 of 7 October 2020.

“We are committed and determined in holding whoever is responsible to account and we will do all we can to bring them to justice for such a senseless and tragic death.”

North Bank Commander, Chief Superintendent Darren Downs said: “I would like to praise the public for their strength and solidarity shown over the past few days.

“Understandably, this has been a traumatic event that has affected many in the community, not just those known to Abdullah or his family.

“Whilst our murder investigation continues, we have also maintained, and will continue to maintain, a large presence in the area to support those in the community and provide reassurance that we are taking their concerns extremely seriously and doing all we can to prevent further violence or crime taking place in the area.

“It is believed to be an isolated incident with no wider threat or risk to the general public, but our Community Safety Unit and Neighbourhood Policing Team officers are out and about and are there to talk or listen to you about any concerns you would like to raise.

“I’m confident that the teams in place are the best for the job, as they have strong links with residents and local businesses, and know the area inside and out.

“Earlier in the week, we were granted a section 60 order under the Criminal Justice and Public Order Act 1994. This allowed us to stop and search more individuals in the area and look for items on them that could be used for violent offences.

“I’m pleased to say that the community have been very supportive of these powers and the majority of those we have stopped have complied.

“We have taken a number of weapons off the streets and continue to educate people on the dangers and devastating consequences bladed articles such as knives can have.

“Protecting our communities is what is most important to us, so we will continue to put all necessary measures in place and provide high visibility patrols to make residents feel safer in their own neighbourhood again.

“I would like to thank all of those who have already come forward and helped us with our investigation.”

Man, 30, charged with 2nd-degree murder in deaths of boys from Wendake, Que.