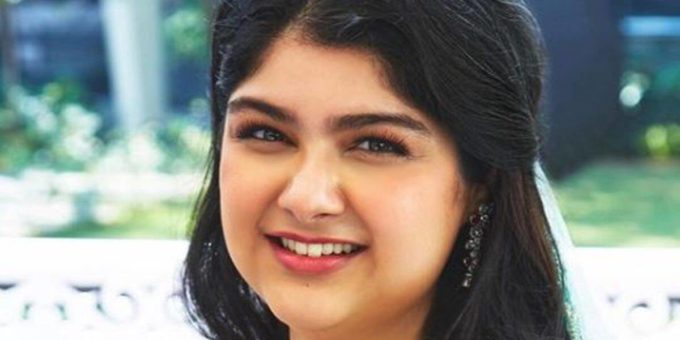 Looking lovely in a shimmery baby blue lehenga, Anshula flashed a smile for the camera as her sister and Bollywood actor Janhvi Kapoor instructed her on the poses from behind the camera.

Stating that ‘the struggle was real’ to keep a straight face throughout the shoot, Anshula Kapoor wrote, “What you see here is basically @janhvikapoor directing me while I (somewhat) succeed in trying to keep my eyes open when I smile! The struggle was real (because I’m the human equivalent of this ‘😂’ emoji), so we had to change tactics. Swipe right to see how we went from candid to planned it!”

Ranbir Kapoor’s sister Riddhima Kapoor Sahni commented on the post, “Stunner and the cutest,” while Varun Dhawan also liked Anshula’s post and said the pictures were “stunning”. Others like Maheep Kapoor and Janhvi Kapoor dropped heart emojis in the comments section.

Fans were also quick to respond to Anshula Kapoor’s post, as one of them mentioned in a comment, “So beautiful . Taking away all the Monday blues.” Another user commented, “Okay what is going on here? Beautiful!”