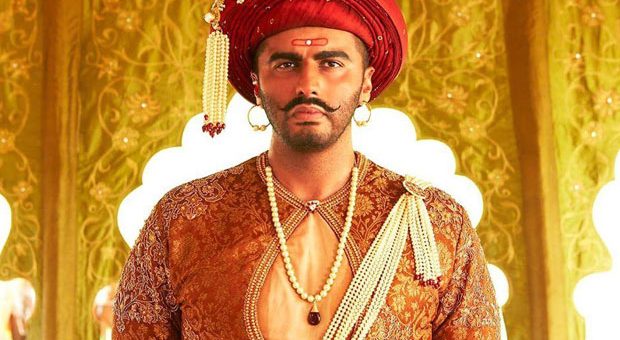 Ever since the trailer of Arjun Kapoor and Kriti Sanon‘s Panipat hit the internet, it has been on the headlines. First, the internet pointed out how the costumes used in Panipat were visibly similar to those shown in Ranveer Singh and Deepika Padukone‘s Bajirao Mastani. Now, a day before its release, the film has landed amid a more serious controversy.

Reportedly, Nawabzada Shadab Ali Bahadur, who happens to be the eighth-generation descendant of Peshwa Bajirao, has objected to a dialogue mouthed by Kriti, as shown in the trailer. Kriti is heard saying, “Maine suna hai Peshwa jab akele muhim par jaate hain to ek Mastani ke saath laut te hain (I have heard that whenever the Peshwa goes to the war alone, he returns with a Mastani).” The descendant, as the report claims, finds it inappropriate and believes that this would not only paint Mastani Sahiba in a bad picture but is also not respectful towards the Peshwa. He also added that Mastani wasn’t just another woman in the Peshwa’s life but was his wife.

Bahadur has reportedly also sent a legal notice to the makers asking them to remove the dialogue, and is ready to move to the court if he doesn’t receive a response.

We are yet to come across a response from either the actors or director Ashutosh Gowariker on the same.

Government to take strict action against Opp, respond to protests
2019-07-26