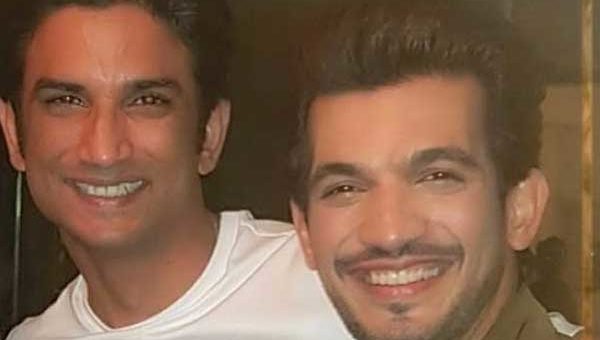 The two actors were both friends and neighbours – until Sushant relocated to Bandra from Malad in 2016. In an exclusive to a news daily, Arjun calls Sushant a ‘happy go lucky guy’.

“Sushant was a happy-go-lucky guy. He was a good friend, because we stayed in the same building and discussed our projects regularly. In fact, I remember spending quality time with him either in his balcony or mine, discussing work and our aspirations,” shares Arjun to ETimes.

Talking about the late actor’s determination to make a mark for himself, Arjun added, “He would always tell me that trivial things never bothered him and that he would fight all odds to achieve his dreams. I remember the time when he had bagged the role in Kai Po Che! and was all set to move from television to films. He was very excited.”

Arjun also recalls the mutual love that the two shared for bikes. “We both were very fond of bikes. One day, he surprised me by saying, ‘Arjun, come down, I want to show you something.’ When I went downstairs, I saw him on a fancy bike that he had bought. We both went for a ride after that. Those days were fun, since we were all living so close and sharing our lives. He would often play with my son Ayaan.”

The actor says that he will remember Sushant as a happy and determined person. “I can’t recall when I met him last, but I do remember thinking of him on May 29 last year and messaging him, because I felt that he had disappeared and wanted to know about him. I sent him a text to connect, but never received any reply… I remember him as a very emotional and determined guy. A happy and talented guy like Sushant just disappeared from our lives. I pray that wherever he is, he is happy. We miss him a lot,” concludes Arjun. Last year on June 14, actor Sushant Singh Rapjut was found dead in his Bandra apartment. While some believe it to be a case of death by suicide others feel there is more to the story and it could be a case of abetment to suicide. Investigations are still underway for his death case.