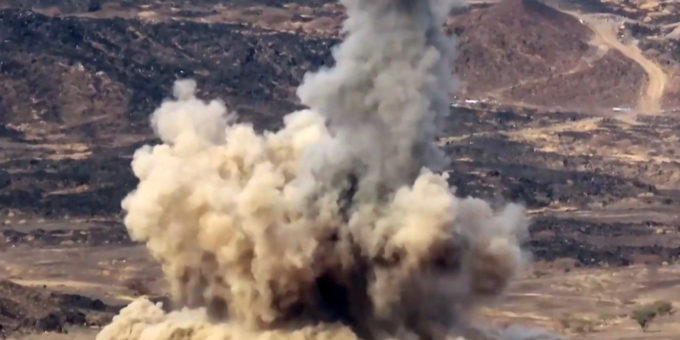 RIYADH: The Arab coalition said on Sunday that more than 264 Houthis had been killed and 36 military vehicles destroyed in air strikes on two districts near the central Yemeni city of Marib.

The coalition said it had carried out 88 air strikes on the districts of Juba and Al-Kasarah during the last 72 hours.

Juba is some 50 km south of Marib, whilst Al-Kasarah is 30 km northwest of the city.

Later on Sunday, the coalition said it had destroyed an explosive-laden Houthi boat on the Kamaran Island that had been prepared to carry out an imminent attack.

The Houthi militia continues to violate the Stockholm Agreement and the cease-fire in Hodeidah, the coalition said.

On Saturday, the Arab coalition said it had destroyed four explosive-laden Houthi boats in Yemen’s western province of Hodeidah.

Warplanes targeted Al-Jabanah coastal base, east of Hodeidah city, where the vessels had been prepared to attack international ships sailing through the Red Sea, the coalition said.

Opinion | We Need Small Talk Now More Than Ever