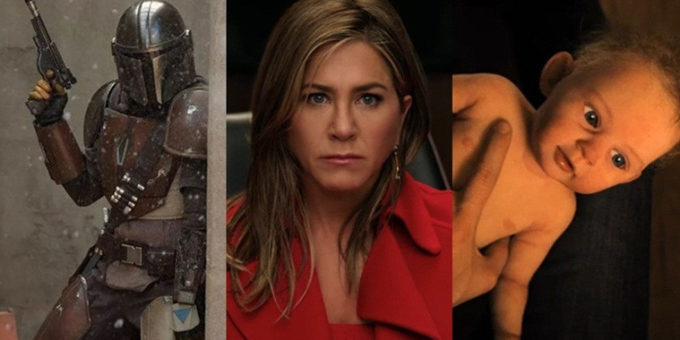 Apple TV Plus and Disney Plus have arrived to shovel even more series and films into the overstuffed maw of the TV viewing public, the first of several giant new streaming services entering a marketplace dominated by Netflix, Amazon and Hulu. While the main draw for the Disney service, especially, is access to the company’s deep archive of films, both it and Apple are also introducing plenty of original series.

But are any of them any good? Well, like most programming slates, the initial lineups are pretty hit-and-miss. But here are a few of the new shows that are worth checking out.

The Mandalorian – Disney Plus

“Star Wars” films have gallivanted all over galaxies far, far away, but the stories have remained Skywalker-adjacent, or at least tangentially connected to the narrative introduced decades ago in the original trilogy. “The Mandalorian,” the first live action series in the “Star Wars” universe, introduces a new narrative set a few years after “Return of the Jedi,” with Pedro Pascal (“Narcos”) starring as a gunslinging bounty hunter. Werner Herzog alone, playing a mysterious client, might be worth the subscription price.

Tony Basgallop created this bonkers domestic chiller about bougie new parents and the odd au pair they welcome into their spooky old town house. (To say much more would be a spoiler.) But the series, which premieres Thursday, bears the clear marks of its other executive producer, M. Night Shyamalan, who directed several episodes — from the shadowy Philadelphia setting to the creepy iconography to the twist at the pilot’s end that will almost definitely bring you back for more.

Hailee Steinfeld plays the poet Emily Dickinson as a high-spirited young woman chafing at the limits of 19th century gender roles. This breezy, knowing comedy has fun with both the details of the poet’s biography and the conventions of teen rom-coms, mashing up ye olde trappings with contemporary slang and the occasional bit of stunt casting. (Wiz Khalifa stars as Death.)

Forky Asks a Question – Disney Plus

And it is just the one question. These shorts find the breakout spork from “Toy Story 4,” voiced by Tony Hale, interrogating others about kid-friendly concepts like friendship and money. The best part? They’re mostly around three minutes long each, proving that streaming content doesn’t have to be all-consuming.

The Morning Show – Apple TV Plus

This sleek #MeToo drama looks expensive — it was opulently filmed and stars A-listers Jennifer Aniston, Reese Witherspoon and Steve Carell. Unfortunately, its clumsy topicality and grandstanding tendencies evoke the annoying aspects of Aaron Sorkin (who is not involved with the show) with none of the payoff. You should at least check it out, though, if only to be culturally conversant in one of the fall’s most discussed series and reminded that even if you have more money than any company in the history of civilization, TV is hard.

CAATSA sanctions against Turkey: Is the genie out of the bottle?