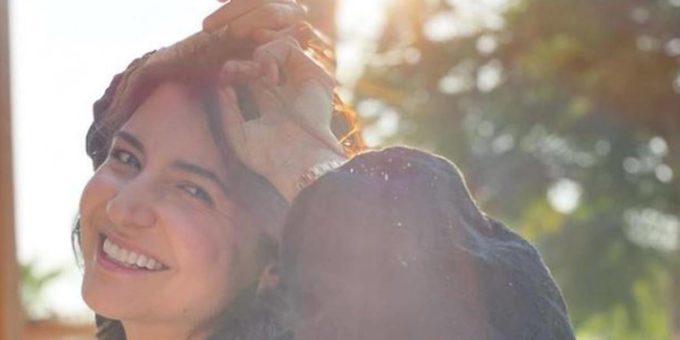 Bollywood star Anushka Sharma is in chill mode. Yet to make any acting announcements, Anushka is hitting the gym and hanging out at her place watching cricket.

Recently, the actor shared two photos on her Instagram stories. While one photo was a selfie in the middle of a workout, the other photo has Anushka watching cricket. She captioned the photo, “It’s a vibe.”

Anushka Sharma shared this picture on her Instagram story.

While Anushka Sharma has been busy backing critically acclaimed content under her banner Clean Slate Filmz, she is yet to announce her next film. In the recent past, Clean Slate Filmz has produced the show Paatal Lok and the Netflix horror movie Bulbbul. The actor also announced two new projects – an original series called Mai, starring Sakshi Tanwar and Raima Sen, and Netflix movie Qala. Qala stars Tripti Dimri in the lead role, and marks the cinematic debut of late actor Irrfan Khan’s son Babil.

Malaika Arora Goes From Gym Glam to Salon-Ready in a Day! Check Out Her Dynamic Style
2019-07-16