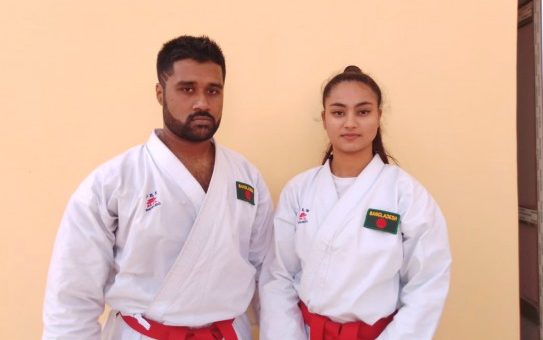 Pakistan’s Shahida won the first gold medal of the 13th South Asian Games, beating Nepal’s Chanchala Danuwar in the final of women’s individual kata event of karate in Lalitpur, Nepal today. Humaira Akhter Antara secured Bangladesh’s first medal, a bronze, in the event, after narrowly missing out on the final.

The recently HSC-graduate from Dhaka finished third in the first round comprising of five competitors.

“I am happy to win the first medal for the country. I would have been happier had I made it to the final, which I missed due to a small mistake. I will try to win a better medal tomorrow in kumite event,” Antara said after the event. Bangladesh later won bronze in women’s team kata as well.

Sun had won gold medal in the 2010 SA Games in Dhaka, but this time his effort was not good enough to match those of karatekas from Nepal and Pakistan.

Cultural Dress To Be Allowed In NEET Exam Centres