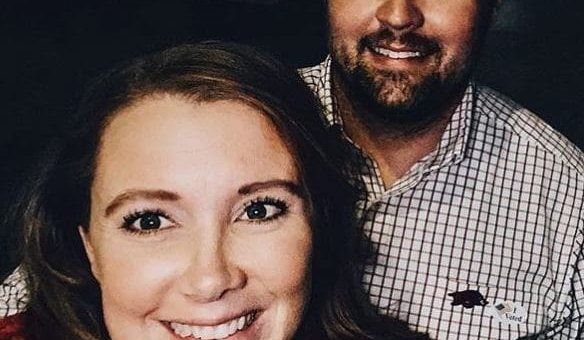 
The convicted sex abuse offender ate some turkey and drank some really weird beverage and remained isolated the entire time in solitary confinement, according to a source who claimed to know all.


It’s now been made clear, however, that Josh has actuallyy NOT been alone all that often over the past few weeks.


Because Anna Duggar has continually visited her gross and disgusting spouse in jail.


The well-known and well-educated Instagram user Katie Joy (who runs the Without a Crystal Ball account) said a couple days ago that she has obtained a copy of Josh Duggar’s jail visitation log.


The father of seven has been behind bars at the Washington County Detention Center ever since a jury found him guilty on two counts of child p0rnography possession in early December.


As mentioned above, he was recently placed in solitary confinement out of concerns for his own safety.


According to the aforementioned records, Anna has visited Josh 19 times this month… over the course of nine separate days.


To be clear, it doesn’t sound as if Anna has actually gone in person to see Josh during this visits.


Instead, they’ve taken place over video.


Anna appears to be the only member of the Duggar family who has even spent this sort of virtual time with Josh; neither his parents nor any of his siblings are listed in the logs.


This jibes with what we’ve been hearing and reading online.


Nearly all of Josh’s brothers and sisters have issued statement that (rightfully) castigate Josh for his illegal actions with little kids.


Jinger Duggar Vuolo, for instance, said she was “thankful to God for exposing Josh’s actions” and “fears for his soul,” calling him a “hypocrite” who brought “dishonor upon Christ’s name.”


Insiders have alleged that she believes Josh is innocent.


“Anna is still speaking to [Jim Bob Duggar] and [Michelle Duggar], but a lot of the siblings have distanced themselves,” a source previously told In Touch Weekly, adding:


“She was upset that some family members decided to speak out against Josh. That broke her heart.”


Josh, meanwhile, will be sentenced to many years in jail some time this spring.


Until then, he’ll remain at the detention center, where no in-person visitation is permitted.


Josh is permitted to make phone calls via jailhouse collect-calling during the hour per day he’s allowed out of his cell… and loved ones are permitted to send him some money in the form of unique gift packages.


For 44 dollars, someone can send Josh what the center calls its “A.M. Delight Care Pack.”


This is comprised of packs of Instant Coffee, bagels, a dozen Poptarts, a Honey Bun, donuts and other similar items.


For the same price, someone could gift Josh with the “Meal Deal Care Pack.”


This includes  dill pickles, a variety of ramen, a “pouch” of lasagna, a “pouch” of taco filling and fixings and types of meals.


No one has done this for Josh yet, though.


We’ll close for now with this note about Anna:


A man who claimed on Reddit a short while ago that he worked for the Duggars in 2015 said that observers should not be fooled by the 32-year old. They shouldn’t label her as a victim.


“Anna is definitely not naive or meek,” this former bodyguard told his fellow social media users.

Next year’s SSC, HSC exams depend on Covid-19 situation