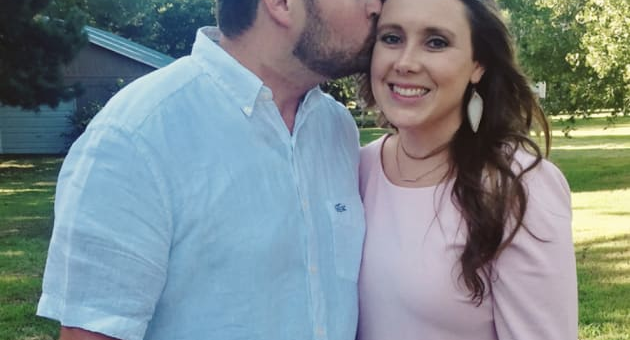 
Aunna Duggar and Josh Duggar have confirmed to Us Weekly that they welcomed their sixth child — yes, their SIXTH child! — fairly early on Wednesday morning.


These facts were all relayed to the aforementioned tabloid by the proud parents themselves.


“On Thanksgiving eve our hearts are overflowing with joy and gratefulness for the arrival of our sixth child! Maryella Hope arrived this morning at 9:12am. 8 pounds and 2 ounces, 20 inches long,” Josh and Anna said in a statement.


“Anna had a fast labor and delivery without complications. We are so thankful for a beautiful, healthy baby girl!”


Just a day before becoming a mother once again, Anna joked around on Instagram.


Anna and Josh rose to fame as regular cast members on TLC’s 19 and Counting.


The show was canceled, however, after Josh admitted to having molested multiple women back when he was a teenager — including his own sisters.


Back in April, they revealed their surprising pregnancy news as follows:


“We couldn’t be happier to share with the world that our family is growing by one this Fall.


“We continually stand amazed by God’s love, redemption, grace and blessings in our lives. Our entire little family is ecstatic!”


Anna has shared a handful of pregnancy updates on social media in the weeks and months since, while Josh has mostly remained silent.


He hasn’t said a ton over the past few years, not since the molestation story came to light and not since he also admitted to having cheated on his wife via the adultery website Ashley Madison.


“I have been the biggest hypocrite ever,” Josh confessed years ago after his sexual sins were made public.


He continued at the time:


“While espousing faith and family values, I have secretly over the last several years been viewing pornography on the Internet. This became a secret addiction and I became unfaithful to my wife…


“I am so ashamed of the double life that I have been living and am grieved for the hurt, pain and disgrace my sin has caused my wife and family…


“And, most of all, Jesus and all those who profess faith in Him.”


Concluded the disgraced reality star in this message:


I humbly ask for your forgiveness. Please pray for my precious wife Anna and our family during this time.


Anna has apparently forgiven Josh for his misbehavior, either because she just really loves him or because she has been brainwashed in many ways by the cult of the Duggars.


But that commentary is for another day.


This is all about the new bundle of joy in the family, who now joins a pair of other newborns:


Pretty busy times as always for this family.


Jim Bob and Michelle Duggar showed their support for their son and daughter-in-law’s baby announcement, writing on their family blog this spring:


“We are so happy for Josh & Anna, expecting their 6th child and our 16th grandchild!


“Each child is a blessing from God! Anna is one of the most amazing women in the world, she is a Proverbs 31 woman!


“Anna & Josh are good parents and it is going to be neat to see what God does with each one of their children’s lives.”


The former TLC personalities got married in 2008 — and Anna celebrated their 10-year engagement-anniversary with her husband on Instagram in July 2018.


She posted a cozy photo of the couple and wrote:


“The past 10 years have been a wonderful adventure.


“So thankful for God’s redeeming grace and His blessings to us along the way, especially our 5 M’s!”

Pagalpanti fails to woo the box-office

Kick back and relax at the best resorts in South East Asia, Lifestyle, Travel News
2019-07-27