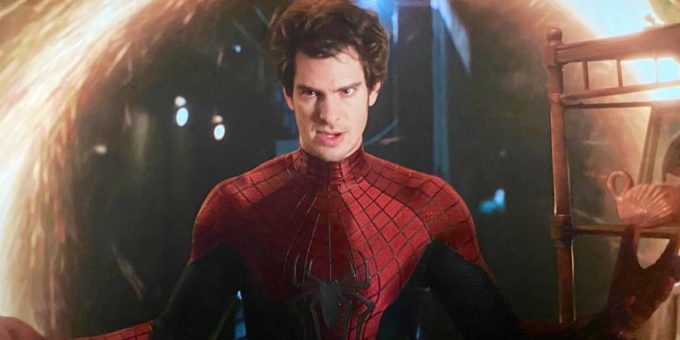 Andrew Garfield had to remain tight-lipped for two years about his return as the web-slinging superhero in Spider-Man: No Way Home. And ever since the movie’s release in December 2021, Marvel maniacs simply can’t get enough of him, Tobey Maguire and Tom Holland in the same frame, slipping into their respective Spidey suits.

In a promo released on the official social media handles of Ellen DeGeneres, we see Andrew getting candid about his recent win at the Golden Globe for Tick, Tick… Boom, apart from featuring in No Way Home. Ellen asks him how he managed to keep his Spidey cameo under wraps, and who all were actually aware about him reprising his Spider-Man version.

When will the lies stop Andrew Garfield? pic.twitter.com/HL1zR50YRS

“I lied to people for a good two years. I lied to the internet for two years, and it felt great,” Andrew says with a laugh. He added that apart from his agent, his father, brother and late mother knew about his appearance in No Way Home.

“It was fun to keep it secret. You know when you’re planning a surprise birthday party for someone, and they’re like, ‘I hate surprises. Tell me is the party happening? Don’t mess around because I hate surprises.’ And I can see on your face, you’re just like, ‘I’m not gonna tell you.’ So it felt like I was part of organising a surprise birthday party for a bunch of people who I knew would appreciate it,” Andrew added.

Andrew Garfield played Peter Parker in two movies of The Amazing Spider-Man series. The third installment of the franchise was, however, cancelled after it failed to connect with the audience. Andrew has ever since spoken about his love for the superhero character and made peace with how the movies were wrapped up.

His performance in No Way Home and camaraderie with Tobey and Tom was deemed as the highlight of the film. From recreating the meme which had three web slingers pointing at each other to him cracking Tobey Maguire’s backpain during the climax, were all Andrew’s inputs to the movie reportedly.

Filmfare Exclusive: Are Vicky Kaushal and Katrina Kaif the new friends in B-town?
2019-03-28