Babita was born on 20 April 1947 in Bombay to actor Hari Shivdasani (of Bharat Ki Beti fame) and British mother, Barbara Shivdasani. Her father belonged to a Sindhi family, which had migrated from Pakistan after the Partition. The late actress Sadhana was her first cousin.

Babita’s first release was the superhit Dus Lakh (1966), opposite Sanjay Khan. It also featured Neetu Singh (her future sister-in-law), as a child artiste. This Devendra Goel comedy dealt with the changing fortunes of a family, after they inherit 10 lakhs. Composer Ravi’s, Garibon ki suno, won Asha Bhosle the Filmfare Award for Best Female Playback that year.

Few know that the first film Babita signed was Raaz (1967) with Rajesh Khanna. Reportedly, her father had arranged a screen test for her with producer G P Sippy. After one shot, Sippy announced pack-up. Fearing the worst, Babita went home only to receive a call from Sippy asking her if she could begin shooting within 15 days. He reportedly said, “I recognise a star when

I see one!” If Dus Lakh, her first release, earned lakhs, Raaz, her second, won her recognition. She also did Adurthi Subba Rao’s, Doli (1969), a remake of the Telugu film Thene Manasulu, with Rajesh Khanna. The songs Sajana sath nibhana and Doli chadh ke dulhan sasural chali (composed by Ravi) from Doli were popular.

The turning point, however, came with Ravikant Nagaich’s Farz (1967). The James Bond rip-off paired Babita with Jeetendra and was a remake of the Telugu movie Gudachari. Farz was a slow starter. In fact, Jeetendra once shared with Filmfare that he had bought bulk tickets of the film to give it momentum. After the first few weeks, the audiences thawed towards the film, thanks to the racy tunes by Laxmikant-Pyarelal. Baar baar din ye aaye, Hum toh tere aashiq hain, Mast baharon ka main aashiq and Tumse o haseena… were chartbusters. Around the jubilee week, the censors reportedly cut off a portion of Hum toh tere aashiq. The song was reinstated after disgruntled audiences protested and lead the film towards its golden jubilee.

Jeetendra and Babita’s style of dance pioneered the aerobic jigs of today. Babita’s slender frame, powder pink lip-colour and glitter-sprayed belly kept the viewers enthralled. She went on to do Aulad (1968), Anmol Moti (1969), Banphool (1971) and Ek Hasina Do Diwane (1972) with Jeetendra. SD Narang’s Anmol Moti, was promoted as India’s first underwater film. Story goes that Babita, who couldn’t swim, would give her water shots by getting into a tank tucked in a swimming pool.

She paired with Shammi Kapoor (her future uncle-in-law) in Pramod Chakravorty’s Tumse Achcha Kaun Hai (1969). She had to rehearse vigorously to match the madness and mayhem of Shammi Kapoor in the Shankar-Jaikishen musical. The romantic Janam janam ka saath hai was a chartbuster.

Arjun Hingorani’s thriller, Kab? Kyoon? Aur Kahan? (1970), starring Babita with Dharmendra, was inspired by the French classic Les Diaboliques (1955). The plot of an heiress, who accidentally ends up killing the man trying to murder her, had an element of thrill. 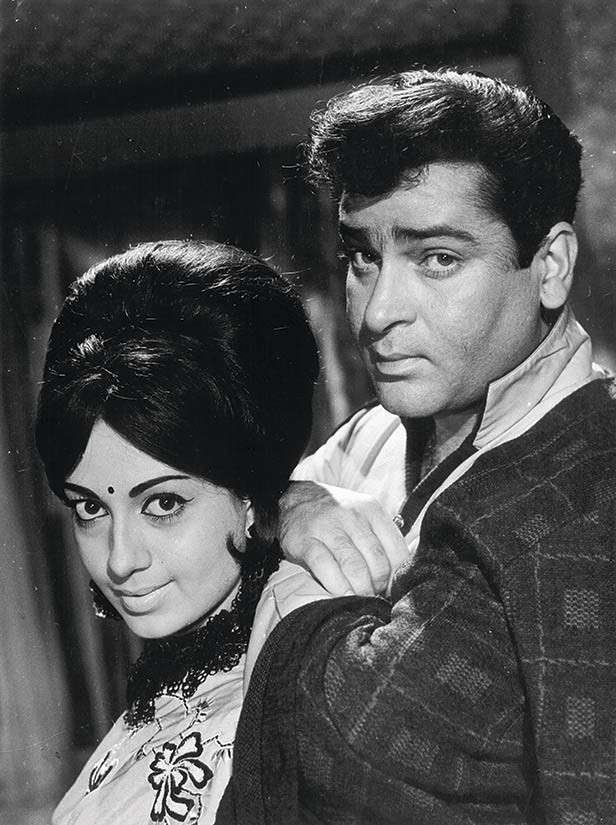 A shy Babita and a playful Randhir… their tangy chemistry borrowed from their real romance. As in the movie, they supposedly first met on a plane and attended the same college. It was believed that Randhir signed Babita in a bid to acquaint his family with his sweetheart. It’s said the duo first met around 1969. Randhir, who had not made his debut then, would wait for his star girlfriend to return from the studios. The devoted Babita, it’s said, would first rush to wash off her make-up before meeting him because her beau didn’t like it.

Randhir and Babita tied the knot on November 6, 1971 after Kal Aaj Aur Kal released. After marriage, the pair featured in K. Shankar’s Jeet, the remake of the Tamil film En Annan. Incidentally, Babita was offered Ramesh Sippy’s Andaz (1971). But her father thought it was contrary to her glamour-girl image and insisted she refuse it. Babita quit films in 1973. Her last film, like her first, was with Sanjay Khan – Sone Ke Haath (1974).

Eager to home in, she had no regrets giving up her career. Their first daughter, Karisma, was born in 1974. Sadly, Randhir’s career began to dip in the ’80s. His reported alcohol-addiction turned things unpleasant between them. After the birth of their second daughter, Kareena, in 1981, things spiralled down further. In 1988, Randhir moved out of their Napean Sea Road apartment to live with his parents in Deonar. 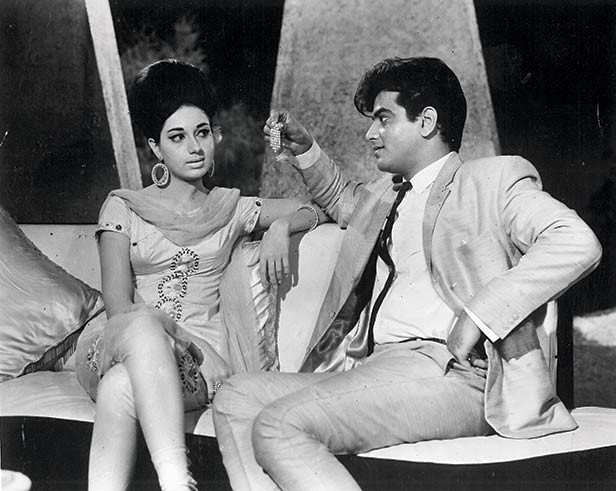 Babita brought up her girls single-handedly and encouraged them to go for the impossible. A Kapoor daughter could never be an actress was apparently an unwritten family code. Babita smashed it. Due to her mother’s doggedness, Karisma bagged Ramanaidu’s Prem Qaidi (1991) and the rest is history. “Whatever I am today is because of my mother. She told both Kareena and me that it might be easy to get a break being a known family. But the day your film is released, you’re nobody’s son or daughter. You are what the box-office creates,” Karisma Kapoor once said in acknowledgement of

When she faced flak for the songs Sexy sexy mujhe log bole (Khuddar) and Sarkai lo khatiya in Raja Babu, it was Babita, who gave Karisma the strength to deal with detractors. “Things were not easy and a lot of times, I’d cry myself to sleep. Mom gave me hope that someday my hard work would pay off,” said she.

Babita is said to be instrumental in Kareena Kapoor quitting Kaho Naa… Pyaar Hai (2000) and instead making her debut with Abhishek Bachchan in Refugee the same year. What’s significant is not which film worked and which didn’t but the sway that Babita held over her daughters’ careers and personal choices as well. “My mother is like God. She is, literally, the person I pray to. She’s the sunshine and the oxygen in my life. She’s a true woman of substance,” Kareena once stated . 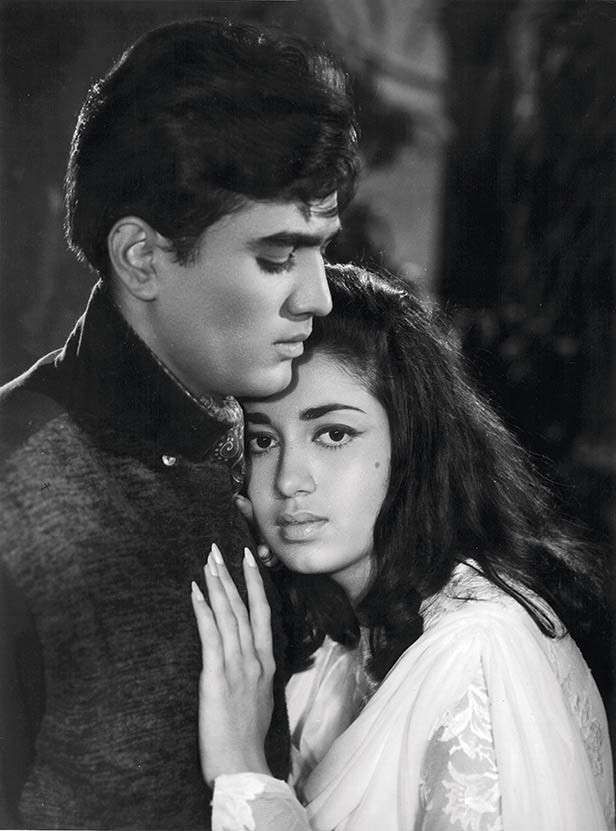 Randhir too shares a close bond with Babita. Though the two continue to live separately, there’s no trace of bitterness between them. They remain legally married. In fact, Kareena was once quoted saying that her father was a ‘one-woman man’. “Babita is still my wife. If I don’t live with her, it doesn’t mean that she’s not my wife. I often visit her, we go out together,” he once told Filmfare. “Hota hai yaar. Everyone goes through ups and downs. I don’t want to remember the phase when I separated from my wife and kids… I still love Babita!”

When recently asked what kept them from divorcing each other he reportedly said, “Divorce for what? I don’t intend to get married again. Nor does she… I was a terrible man, who drank a lot and came home late, which she didn’t like. I didn’t want to live the way she wanted. She couldn’t accept me as I am… So it’s okay. We had two lovely children. She brought them up in the best way… What else could I have asked for as a father?” Jab tum hoge saathh saal ke aur main hongi pachpan ki… the reel vows Randhir and Babita took seem to have rung true. Here’s a relationship that rests on a bond… not bondage… be it kal aaj aur kal. 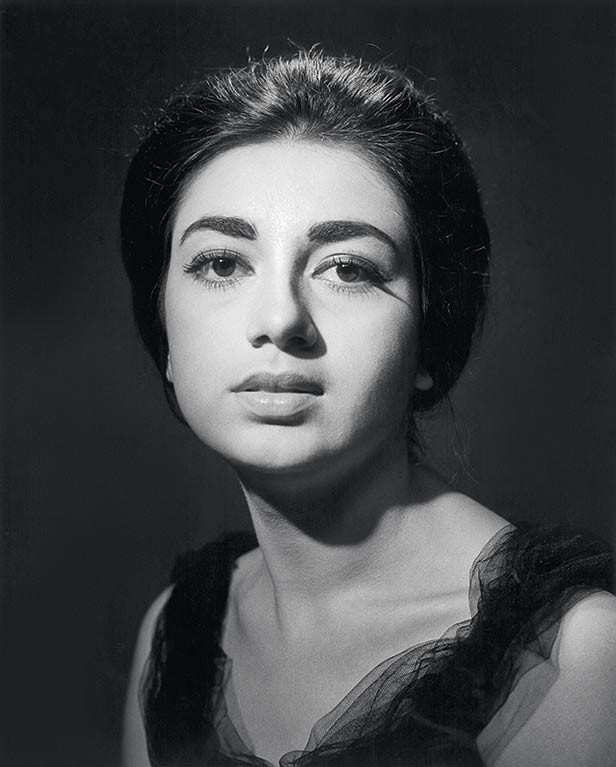 Lori Loughlin: I’m Not Going to Prison! I Have a Trick Up My Sleeve!

Will accept the result, whatever it is: Atiqul