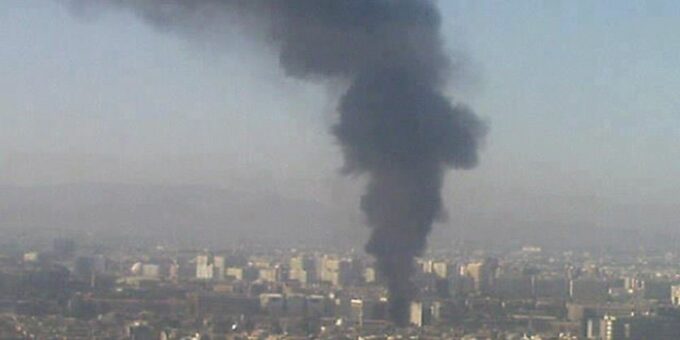 ISTANBUL: The Turkish government has removed four more elected mayors of the pro-Kurdish People’s Democratic Party (HDP) from office on Friday in the continuation of a crackdown on local politicians that has been seen as a government-led coup. A fifth mayor was dismissed but not detained.

The crackdown followed a deadly attack on two officials who were distributing aid to locals in a district in eastern Turkey which Ankara blamed on the Kurdistan Workers’ Party (PKK).

State-appointed trustees replaced the Kurdish mayors in Igdir, Siirt and Mus provinces, bringing the number of HDP mayors removed from office since the March 2019 local elections to 44.

Now 21 mayors and seven former HDP lawmakers, including its co-chairpersons, are behind bars on terror-related charges for years.

Turkey’s Kurdish population is left with only 20 mayorships. In the last elections HDP won 64 municipalities across Kurdish-dominated east and southeast regions. The government also launched a crackdown on the local branches of the party it accuses of supporting Kurdish separatism — a claim that is rejected by the HDP.

Roj Esir Girasun, head of the southern province Diyarbakir-based polling company Rawest, said Kurdish citizens in the region feel a rising anger about the dismissals of the mayors they freely elected last year.

“The crackdown doesn’t stop there. We have been notified about the mobbing of some Kurdish mayors in their office,” he told Arab News.

Girasun also noted that since 2015 Kurdish youth in Turkey have become disillusioned with politics and have avoided taking part in civil society groups for fear of being arrested and interrogated.

“The Kurdish population in the region saw those dismissals as typical of the government using the coronavirus outbreak as an opportunity,” he said.

“Without any final judicial decision, the dispossession of the elected people from their post means usurping the electoral will. It undermines trust in democracy and the elections that forms its backbone,” the party said.

Babacan, in its 132-page-long party programme, raised the need for education in mother tongue, a longtime demand by the Kurdish nationalist movement in Turkey.

The New York-based watchdog Human Rights Watch criticized the decision of appointing trustees to the posts of elected officials, saying it was the violation of voters’ rights.

Erkan Senses, a lawyer based in Turkey’s southeastern province of Batman, called on Turkish government to respect the will of people in electing their local officials.

“Another round of elections should be held in the municipalities where the state appointed caretakers,” he said, adding that removing local officials from their post arbitrarily is a political move.

For human rights activists, Ankara’s “trustees policy” doesn’t have any legal basis and constitutes goes against the very spirit of elections, while the broad definition of ‘terrorism’ in the penal code can transform any expression of opinion into an act of terrorism.

In March the government removed several other mayors from their posts in the southeastern provinces of Batman, Diyarbakir, Bitlis, Igdir and Siirt.