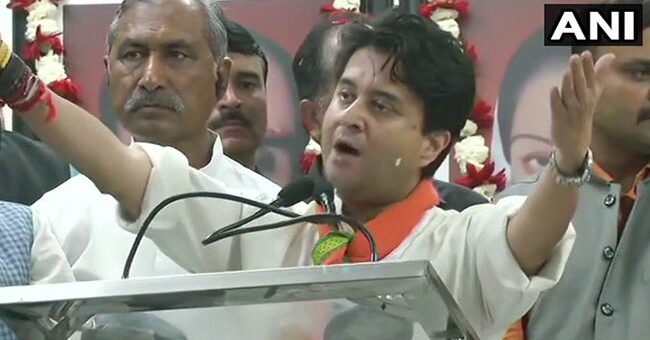 BJP leader Jyotiraditya Scindia made his first visit to the party’s Madhya Pradesh office in Bhopal this evening and called it an “emotional day”. He also thanked the BJP “family” and said he had received “blessings from PM Modiji, (JP) Nadda saheb (sir) and Amit (Shah) bhai (brother)”.

Mr Scindia, who landed in Bhopal earlier today, was greeted by a massive show of support that included firecrackers as his cavalcade wound its way through the city, a sign of the influence he still commands and that the Congress has now lost. However, in a reminder that wounds caused by his defection were still fresh, the former Guna MP was also shown black flags.

“Today is a very emotional day for me. I consider myself fortunate that this family (the BJP) opened its doors to me and that I have received the blessings of PM Modiji, (JP) Nadda saheb (sir) and Amit (Shah) bhai (brother),” Mr Scindia was quoted by news agency ANI.

The BJP’s newest recruit then sat down to dinner with former Chief Minister and one-time rival, Shivraj Singh Chouhan. Videos of Mr Scindia and Mr Chouhan sharing a meal of roti, dal and subzi were widely criculated. Mr Scindia quit the Congress, his party of 18 years, on Tuesday, after several months of reported disenchantment with senior leadership, and joined the BJP yesterday. This comes a fortnight after he criticised the BJP for spreading “politics of hate”.

The shock crossover coincided with the resignation of 21 MLAs loyal to him – a move that has left the Kamal Nath government near collapse. Speaking at his induction ceremony in the national capital, he took a swipe at his former party and said it was “living in denial”.

In his first few comments as a BJP leader, Mr Scindia also called for unity within the party’s ranks – a feeling the Congress has struggled to create following leadership crises at the centre and in states.

He also praised Mr Chouhan, who is expected to return as Chief Minister for a fourth time if the BJP succeeds in ousting the Congress from power. 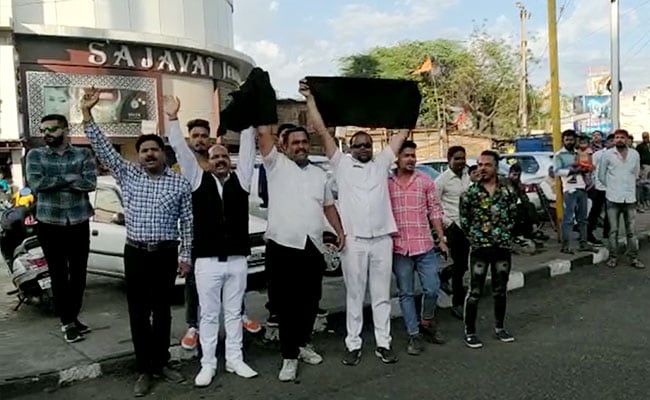 “If there are two leaders here who don’t use the AC in their car, it is Shivraj Singh and Jyotiraditya Scindia. My hope is that you (the party workers) are 1 and we (leaders) are 1. And when you put 1 and 1 together, it must be 11 and not 2,” Mr Scindia declared in Hindi.

Hours after his induction into the BJP yesterday Mr Chouhan had also praised Mr Scindia, tweeting: “Welcome maharaj, from Shivraj”.

Last week sources told NDTV that BJP MLA Narottam Mishra and Mr Chouhan were involved in a plot to unsettle the Madhya Pradesh government. The BJP, sources said, named the operation “Rangpanchami” because they wanted the government to fall on Holi.

Mr Scindia’s decision to resign and join the BJP led to a furious response from the Congress’ old guard, with Rajasthan Chief Minister Ashok Gehlot calling him a leader with “self-indulgent political ambitions”.

However, some of the younger leaders were more measured in their reaction, with Mr Scindia’s action highlighting the divide between generations in the party.

Films made by Pakistani women screened at WIFF