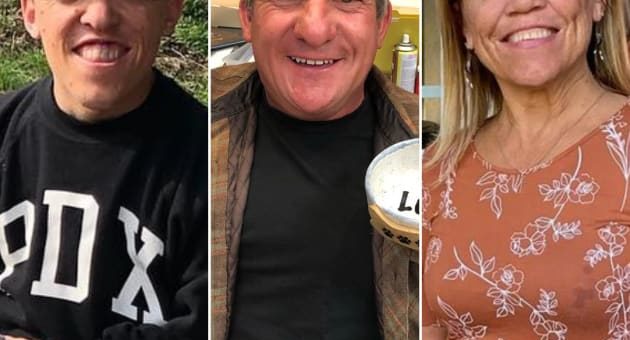 It’s the feud that no one saw coming.


Except, perhaps, for Amy Roloff.


Just over a week ago, Matt Roloff put a portion of his Oregon farm up for sale… doing so a few months after failing to reach any sort of agreement with either of his twin sons, both of whom had expressed interest in taking over for their dad.


This was Matt’s decision to make, of course.


However, the father of four then went ahead and explained to Instagram followers why the property was NOT handed down to Zach or Jeremy.


“Both of them (along with their growing families) had moved on to other interests and investments,” Matt claimed online, adding a few days ago:


“and even tho a substantial family discount and a “gift of equity” was offered by both Amy and I….(and I still owe Amy a bundle of money) ..they decided individually that the timing was not right for them to purchase a part of the farm at this time.”


This message did not sit well with Zach. AT ALL.


In a shocking rebuke, Zach tagged his dad in the Comments section and wrote:


“This post is extremely misguided and false. My dad is manipulating the narrative right now before the season comes out.”


To air such dirty laundry in such a public manner?


Zach wasn’t even done, either, concluding his remarks as follows:


Once again like he has for most of his life not taking responsibility for his own actions and blaming others.


Dragging the family drama that he created and then manipulate the fan base to make himself come out okay.


This post his a new shocking low of cowardice and manipulation of his family and kids for his own gain.


In her initial response to this shocking rivalry, Amy blamed Matt for stirring up tension and for not giving his son at least some special treatment amid farm negotiations.


Now, meanwhile, the Little People, Big World star has expounded on her stance in a chat with Us Weekly.


“It was hard for me to watch,” Amy told this tabloid on May 25 of the back-and-forth between her son and ex-husband, adding:


“I don’t know a lot of the details of the negotiation that went on between Matt and Zach [but] I’ve heard little bits here and there.”


“Parts of me [are] not exactly [surprised] because I’ve dealt with Matt over the years and he can be tough, he can be grinding, but I also think whatever the expectations were from both of them, they went out the window [and] they obviously did not sync up.


“I’ve said it in the episodes before, Matt is still the father, he is still ‘the adult.’ I don’t care how old your kids are.


“Sometimes there are things that they may need to learn, but … as a father, you may have to take the higher road.”


Matt purchased Amy’s share of the farm in 2019, about three years after the couple split.


They still star on Little People, Big Worldd, of course, which kicked off a new season last Tuesday.


“Change happens,” Roloff concluded to Us.


Zach, meanwhile, previously told Entertainment Tonight that “the ship has sailed” on his family ever running the farm.


“I think it was a mistake to put it on social media, but I think I made my thoughts pretty clear,” the father of three said of placing his dad on very public blast, adding that he and his wife Tori “are moving on” and stating earlier this week: