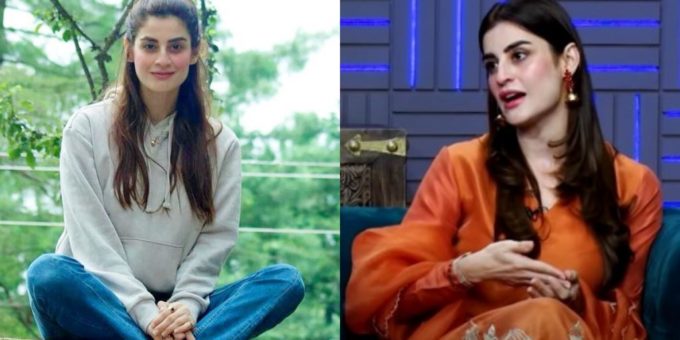 Amna Malik is a Pakistani actress, model, and host. She is known for her dramatic roles in Naqab Zan, Khaas, Naik Parveen, Laapata, and many others. She first did hosting on many channels such as Dunya News, Tea, and Subah Bakhair Pakistan. She also played Aamna in Naik Parveen. In 2019 she was popular and more well known among the audience, she appeared in dramas Khaas, Deewar-e-Shab, and Naqab Zan. Her drama serial Laapata has just ended.

Amna Malik recently made an appearance in “G Sarkar”. Amna Malik shared that she herself buys stuff for her house. Talking about the ongoing price hike she said that the price of everything has increased now. Amna Malik shared that the price of vegetables and lenticels is too high now as well. She said that the problem is that the expectations graphs were raised so much that now people are the way too disappointed. Amna said that it is understandable that it will take some time but how much time, even a poor man is not been able to buy food now.

Thousands turn out at celebration to mark birth of Prophet Muhammed

Sumona Chakravarti says lockdown has taken an emotional toll on her, opens up about being unemployed
2021-05-15