Breaking News
2021-09-16 Yami Gautam is a vision to behold in recent appearances; check them out 2021-09-16 Can over exercising harm your body? Here’s what Ayurveda has to say 2021-09-16 Andhra-Style Bhindi: This Crispy Bhindi From Andhra Is The Ultimate Recipe You Need To Try 2021-09-16 UNHRC not empowered to impose external mechanism, says Foreign Sec. 2021-09-16 US Theatre Chain AMC To Accept Other Cryptocurrencies Along With Bitcoin 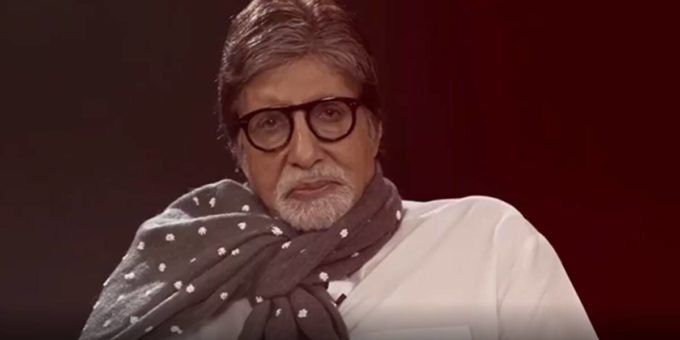 Amitabh Bachchan and Emraan Hashmi-starrer Chehre was released in theatres on August 27. Big B, on Sunday, had a special treat for his fans ashe recited a poem written by one of his followers on social media, whom he calls his ef or ‘extended family’.

The ace actor and Kaun Banega Crorepati host had earlier shared about this poem on his blog.

Senior Bachchan posted, “.. there was an attempt to put some effort towards bringing not just the poetry of the Ef Vikas to book, but in turn to add to the PR of the release today of film ‘Chehre’ ..” Talking about the poem, he added, “The poems are wonderfully written and I felt they needed a platform, so was in it for long , through trial and error , through repeats and getting the rendition right .. its been a labour .. and may be by the end of tomorrow, there should be some results .. it shall be used , but lets see ..

Big B also spoke about his busy scheduleon his blog, “My delay today was a tired body .. so went in early for the KBC shoot was early than earlier .. so have been up since 6 .. ONLY to find the water has stopped in the home system !! .. so as the system starts again, am getting time to connect …. will see for another 5 and then off to work as is and get ready in Vanity ..oh dear , such a bother ..sorry to include you in all this domestic issue ..but ..OK .. am off .. a bit of a trying DAY today …. and the day of the release of Chehre at theatres in some states not all over .. not Maharashtra at least .. so we wait for the protocol to improve till then .. till then .. here we are at work.”

He had also shared this photo of himself and had written, “.. at work last night .. the wooly is the blanket to keep the cold away .. AC was too strong ..see you later ..”

Amitabh Bachchan is at present hosting KBC 13. A recent update on his blog read, “Rushing off to work .. will connect later .. heavy schedules .. do understand ..”

U.S. Conducts Drone Strike in Kabul and Winds Down Airlift as Deadline Nears

Yami Gautam is a vision to behold in recent appearances; check them out
2021-09-16

Andhra-Style Bhindi: This Crispy Bhindi From Andhra Is The Ultimate Recipe You Need To Try
2021-09-16