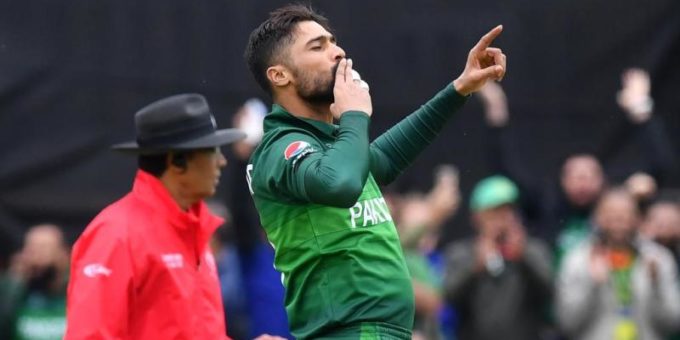 Pakistan pacer Mohammad Amir is having a stellar ICC Cricket World Cup 2019 and he climbed to the top of the wicket-taking charts in the tournament on Wednesday.

The left-arm pacer achieved the milestone by clinching a five-wicket haul in the fixture against Australia in Taunton, with his figures of 5-30 also being the best of the tournament so far.

Amir jumped ahead of New Zealand’s Lockie Ferguson, who has taken eight wickets. Kiwi pacer Matt Henry and Australian fast-bowler Mitchell Starc share the third position with seven wickets each, with Starc still to bowl in the game.

His performances have made a mockery of chief selector Inzamam-ul-Haq’s decision to not include him in the preliminary squad for the tournament.