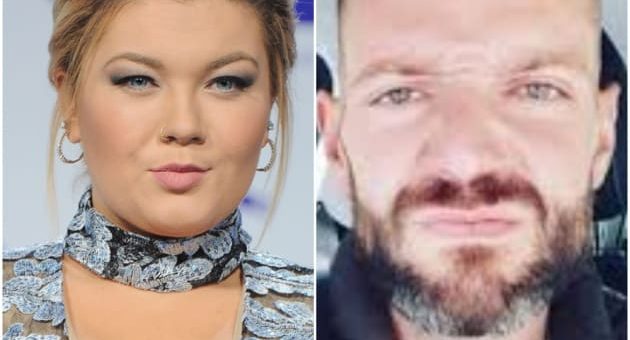 When we first learned that Amber Portwood was dating Dimitri Garcia, we tried to warn the guy.


After all, Dimitri is from Belgium, and he might not have been aware that just last year, Amber was arrested for attacking her fiance with a machete while he held her baby.


But despite our warnings, Dimitri traveled to America to spend some time with Amber and decide if this internet fling was worthy of transforming into something more serious.


And sure enough, within a matter of days, dude was hooked up to a machine.


No, Amber didn’t leave him hospitalized after shredding his innards with some sort of large knife.


But she did subject him to a lie detector test on Tuesday’s episode of Teen Mom OG.


Yeah, because if there’s anyone who has reason to be suspicious going into this relationship, it’s Amber.


“Things with Dimitri are going great, but I’ve been burned before and I’m not sure if I can fully trust him,” Portwood said in a voiceover.


She added that she became suspicious of Garcia’s motives after “European media caught wind” of their relationship.


“All I want from a guy is honesty. I feel like I’m way honest with men, which is how they get me,” Amber said in one of the most hilariously ironic lines in the show’s history.


“I want him to take a lie detector test,” she added.


“You don’t know what anybody’s intentions are either, fame, having their name in the media, some people want that, like [ex Matt Baier], Matt did that. He thought he was going to be famous after we broke up.”


Amber is referring to her fiance before Andrew Glennon, Matt Baier.


The guy was a walking red flag, but she still wants credit for being a super-sleuth by figuring him out before they exchanged vows.


“You know I have horrible trust issues because I’ve been hit with sh-t so hard with my exes, it’s like holy crap I was naive,” she said while attempting to convince Garcia that her idea was anything other than completely insane.


“I would like you to do a lie detector test, just to show me I’m not wasting my time with you. It’s gonna be hurtful if I find anything out in the future.”


Portwood said she needed to be convinced that Garcia was interested in her “for the right reasons” and “in the country for me.”


Asked whether he had profited in any way from Amber’s fame, Dimitri responded with a “truthful no.”


From there, Dimitri was asked run-of-the-mill “new boyfriend enduring his first lie detector test” questions (just kidding, there’s no such thing, as this entire exercise is completely bonkers).


Has he lied to Amber? Does he have any other girlfriends? That sort of thing.


He passed with flying colors, and Amber seemed floored by the idea that he had no ulterior motives for entering the relationship.


“I never thought I could be loved,” Amber said.


“It’s hard to accept that you do love me for some reason,” she added.


“Sometimes love, no explain. Sometimes it’s just love,” Dimitri responded, as though he were reading from the script of a romantic comedy about a transcontinental relationship.


It’s hard to think of a reality star less deserving of a happy ending than rage-oholic Amber, but for now at least, it seems she’s found one.

Rana Daggubati and Miheeka Bajaj to tie the knot in December