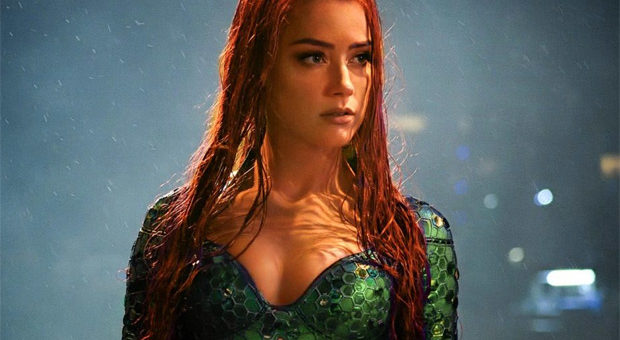 Hollywood actor Amber Heard has been welcomed “back to Atlantis” by director James Wan for Aquaman 2. The sci-fi film, starring Jason Momoa, is getting a sequel titled Aquaman And The Lost Kingdom.

On Saturday, Amber Heard shared a post on Instagram flaunting a nice card she received from the Aquaman 2 production team. In the caption, Heard says that she’s ‘in quarantine’ including a mermaid emoji. The attached handwritten note came with some flowers which read, “Amber – Welcome back to Atlantis. Love James & Rob.”

According to the reports, plot details are still being kept under wraps. The sequel will see Amber Heard as Princess Mera, Patrick Wilson as Orm, and Yahya Abdul-Mateen II as Black Manta.

During an interview with Drew Barrymore, Jason Momoa revealed Aquaman 2 would begin production in July.