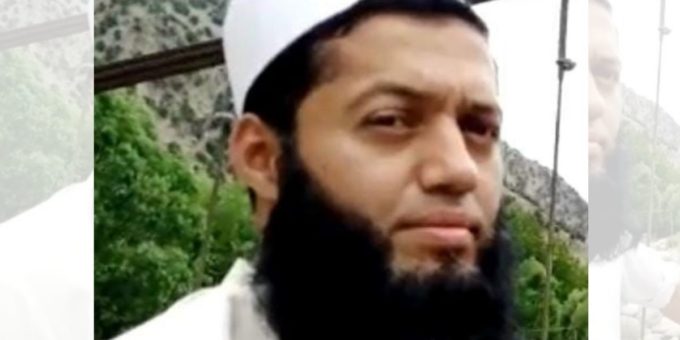 A relative of the Blackburn hostage taker who was killed in Colleyville, Texas, has told of the ‘final moments’ he tried to persuade his brother to ‘give up’ and also the pain and suffering the family felt for the victims.

One hostage was released during the stand-off and three others got out which led to the FBI Swat team entering the building.

The family have now released a new statement and his brother Gulbar spoke of the harrowing final moments when he pleaded with his brother to ‘come home’.

There were also calls for a full transparent investigation into how Akram, a father of six managed to board a flight, spend weeks in the US, then buy a simcard and a gun.

The family said in a statement: “We are deeply saddened of the events of the past few days. We don’t want to make this about us. We think about what the victims went through. There were people who were fearful for their lives.

“We feel a great deal of pain for those who went through this. We hope nothing like this happens again the future.

“As a family it has been traumatic and devastating. So soon after our brother, 42, passed away barely four months ago.

“For us to see our mother crying and my father visiting the grave each day. They are crushed.

“Our brother has gone but the victims didn’t choose to be in this situation and we can only feel for them. We were not aware that he had left the country. It had come as a complete shock to us.”

Gulbar said the first time he heard anything was wrong was when he received a phone call on Saturday evening.

He said: “I heard my nephew say, ‘My dad wants to talk to you one last time’ and ‘He’s in a shoot-out with coppers in America’.

“I quickly realised something had gone wrong.  I asked him what are you doing? He said ‘I am in America and I am in synagogue. I have four beautiful Jewish people with me’.

“He didn’t seem threatening to them.

“I began to record the conversation as I was mindful this could be his last time I could hear him.”

Gulbar said he was told by his brother he would release the hostages but he wanted the authorities to bring Afia Siddique, a prisoner in a US jail, out.

In the traumatic conversation Gulbar can be heard talking to his brother urging him to think of his family.

Gulbar said: “My mind went blank. I was in shock. I realised that this may be the last time I would speak to him.

“I tried to convince him and think about his kids. I told him ‘pack it in’…’pack it in’. His mind was made up. At no point did he say he would harm these people.

“I knew he had no bomb as he switches between Punjabi and English when he is lying. He had a handgun.

“I told him, ‘You wanted to create awareness and you made your point’. As the call went along, I feared he would not get out of this alive.

“All I could do is plead with him. I was in tears at this point.

“He then said: ‘If I have ever done anything wrong to you please forgive me.’

“I just believe that they didn’t need to kill him. I heard the shots that finally killed him. I feel angry. They didn’t have to kill him. Once the hostages were out there is no reason to go in and kill him.

“We cannot come to terms with it. It just feels unreal. It happens to other people. It is a traumatic event for us all.

“I do not feel he intended to hurt anyone. From what we know not one person needed medical treatment and he was there for 11 hours.”

Reports suggest that Akram was known to the British Secret Service and tonight further reports say he had booked a return ticket for February 2.

HOW DID HE MANAGE TO GET INTO US?

The FBI in Dallas had said there was nothing to suggest a wider terror plot.

When asked what may have led to him carrying out his actions Gulbar said he was concerned that he had never mentioned anything about Afia Siddique up until now. He was also not someone who was interested in politics and was said to have ‘never voted’.

Gulbar was concerned that he was able to board a plane without questions being asked.

He said: “We find that confusing.  In the conversation he feels very strongly about her injustice. I just believe he was not by himself.

“There is no way he should be able to get on a plane without any stringent checks. When he lands at JFK (airport in New York). He should have been questioned but he went straight through.

“He picked up a SIM card and a gun. And went to stay at a homeless shelter for 14 days.

“He has gone from state to state. And then all the way to Texas, which is not a short journey. And then managed to infiltrate a synagogue. And told them he was a homeless person.

“My brother was not a planner and never has been. A guy from Blackburn gets on a plane and doesn’t get questioned. He is also anti-vax. How did he get a visa?

“If my brother never had mental health issues he would never have been involved in this. He should have been helped.

“He would never admit that he had mental health issues. It let him down over the years.”

Gulbar said the family wanted a full investigation into what happened, “We want to be part of the investigation and help as much as we can. We want nothing to be left out and nothing hidden from us.

“At the same time we want to get our brother back so we can do the burial.

“We strongly feel this could have been prevented if he had not been allowed into the country.”

Jagmeet Singh and his wife have ‘realized their error,’ will pay for $1,895 rocking chair gift