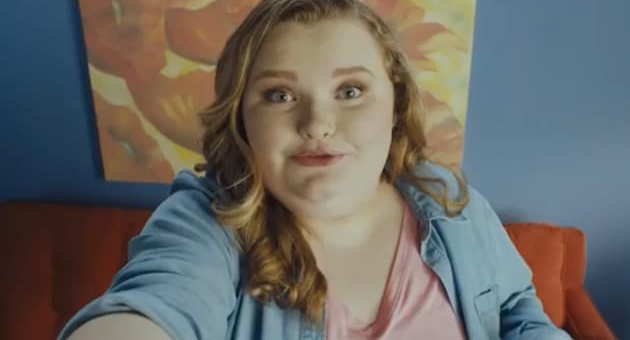 Mama June: Road to Redemption star Alana “Honey Boo Boo” Thompson has been through a lot in her 16 years.


It was not so long ago when she feared that Mama June would die during that infamous downward spiral.


Now, Alana is doing much better — and we don’t just mean Alana’s massive makeover, either.


Though fame makes it difficult to make friends in high school, she is pulling through and loving herself.


Alana, ahead of her sixteenth birthday on Saturday, August 28, sat down for a profile with Teen Vogue.


“My mama did not name me Honey Boo Boo,” she reminds the world.


There was a time when Alana adored her nickname.


Now, its use has become something of a red flag.


“I feel like folks are so much like, ‘Oh, my God, I’m friends with Honey Boo Boo,’” she remarked.


Alana became famous as a child star, known for her wittiness and charisma, but also for the chaos of the extreme poverty of her family.


Sometimes, her classmates — as she has now been in public school for a couple of years — expect her to reflect that.


Other times, people simply assume that she is fabulously wealthy due to her fame.


Both assumptions make it hard for her to be close with people.


“To be honest, I do not have many friends. At all,” she admitted.


“I don’t trust nobody really,” Alana explained, “so I don’t have friends.”


Family has been an uphill battle for Alana as well, in more ways than one.


June’s infamous crack cocaine arrest in early 2019 was especially disruptive in her life.


Alana had to move out of an increasingly unsafe (and damaged) home to live with her 21-year-old sister.


It wasn’t just Alana’s physical body that went to stay with Lauryn Shannon, either.


Legal custody of Alana transferred to her sister, who despite her youth was already a new mom.


Alana’s person and her money had to be insulated from the increasingly unstable June, who was selling possessions — hers or not — left and right to pay for her habit.


“A lot of folks in this world do not realize how many people are actually really affected by drug and alcohol [use],” Alana lamented.


“It’s very, very hard. It’s something I’d wish on nobody, for real,” she expressed.


“When my mama got real bad with her [drug use],” Alana admitted, “I didn’t know where I was going to end up.”


Alana affirmed: “I’m proud of myself for how far I’ve come.”


She is not only referring to progress in pulling through despite family issues, but also her personal development.


Like so many, Alana has grappled with fatphobia — external and internalized — for too long.


Now, Alana is better able than ever to fend off the senseless shaming that she at times receives for the shape of her body.


“Just because I got a little bit of extra meat on my bones, you want to hate me?” she pointed out.


Alana has also received no shortage of hate and weird comments for her nails and eyelashes, but is similarly unmoved.


“I do not care,” she plainly affirmed.


Alana sagely added: “As long as I like myself, I’m good.”

Aparshakti Khurana Becomes A Father To A Baby Girl, Arzoie

Watch: How To Make Restaurant-Style Kadhai Paneer At Home (Recipe Video Inside)
2019-11-14