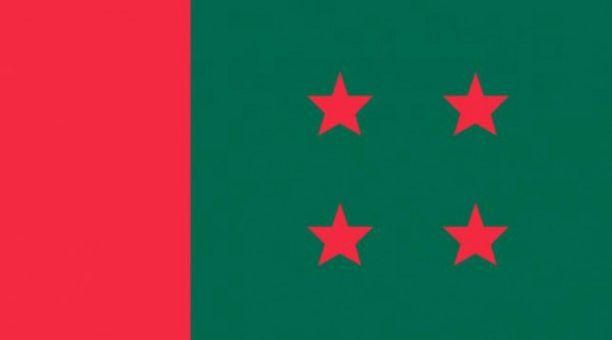 The Awami League will take virtual programmes marking the month of mourning that begins on the first day of August on a limited scale.

The programmes will be held commemorating the brutal assassination of Father of the Nation Bangabandhu Sheikh Mujibur Rahman on the black night of August 15, 1975.

Joining a special joint meeting with Dhaka city units and associate bodies of AL through video conference today, Awami League General Secretary Obaidul Quader called upon the everyone to to observe the day with due respect maintaining health guidelines strictly.

The meeting was held on programmes for National Mourning Day at the party president’s Dhanmondi political office.

Tributes will be paid to Bangabandhu, the architect of independent Bangladesh on August 15, the National Mourning Day, by placing wreaths on his portrait on the premises of Bangabandhu Museum at Dhamondi road number 32.

Speaking on the occasion, the AL general secretary said the party will have many programmes on the month of mourning; it will observe the birthday of Bangabandhu’s eldest son Sheikh Kamal on August 5, Bangamata Begum Fazilatunnesa Mujib’s birthday on August 8, anniversary of 2005 series bomb blasts on August 17 and 2004 grenade attacks on August 21.

Quader, also minister for road transport and bridges, said the black chapters of history of assassination of Bangabandhu and most of his family members through August 15 carnage and the assassination attempts to kill his daughter Sheikh Hasina through gruesome grenade attacks on August 21 in 2004 were intertwined.

The deep-rooted conspiracy and brutality of the August 15 carnage has surpassed all other political assassinations across the globe, he added.

He said the August 15 carnage’s prime target was Bangabandhu and for August 21 grenade attack’s it was PM Hasina.

The conspirators are still continuing their ill attempts against the PM, he added.

Vidya Balan is inspiring in the first track of Shakuntala Devi