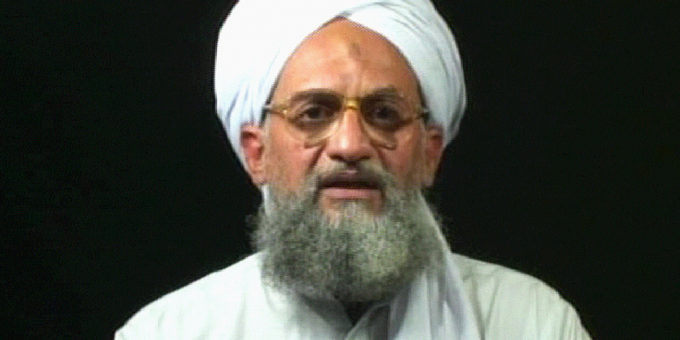 Al Qaeda leader Ayman al-Zawahiri appeared in a video commemorating the 20-year anniversary of the 9/11 terrorist attacks despite rumors that he died months earlier.

The SITE Intelligence Group, a U.S.-based group that watches terrorist websites, noted that the al-Zawahiri video appeared on networks Saturday, according to The Associated Press.

SITE director Rita Katz observed that in the video, titled “Jerusalem Will Not be Judaized,” al-Zawahiri displayed knowledge of events that had taken place since last November, when rumors of his death began to emerge. She mentioned how he referenced a January 2021 raid of a Russian military base in Syria by Hurras al-Deen, a group aligned with al Qaeda.

“Tragic as it is to say, this 9/11 anniversary is a uniquely positive one for al-Qaeda. As one AQ supporter wrote, the US leaving Afghanistan is validation of Bin Laden’s vision and the ‘blessed’ 9/11 attacks, and that ‘Afghanistan is the beginning,'” tweeted Katz.

​​”Amid rumors of his death, Al-Qaeda leader Ayman al-Zawahiri shown in a new 60-minute video, this time offering some evidence that he is not dead​ – ​particularly, reference to events after December when rumors of death surfaced,” Katz continued.

Katz also noted how al-Zawahiri made no mention of a Taliban victory in Afghanistan and spoke only of U.S. forces making an exit from the country, which she said could have applied as early as February 2020 upon completion of the Doha Agreement.

“Thus, he could still be dead, though if so, would have been at some point in or after [January] 2021,” Katz wrote.

Katz also said that “intelligence agencies have, as of yet, offered no proof or solid assessments that Zawahiri is dead, leaving the question of his current status in the air.​”​

Al-Zawahiri was appointed the successor to Osama bin Laden in June 2011, a month after the terrorist leader was shot and killed by U.S. forces at a compound in Abbottabad, Pakistan.

Pakistan is the worst sufferer of the Afghan conflict: Fawad Chudry