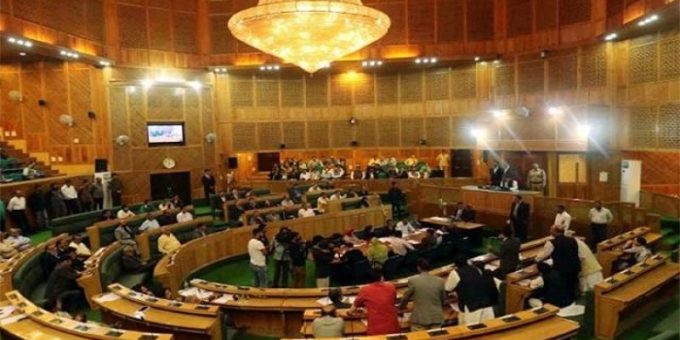 The 11th General Elections of Azad Jammu and Kashmir will be held on July 25, the region’s election commission announced Thursday.

Meanwhile, four constituencies have been added to this election as compared to the previous polls.

According to the Election Commission, 2.82 million voters will exercise their right to vote in Azad Kashmir, of which 1.59 million are male voters, while 1.297 million are female voters.

The Election Commission has said that nomination papers can be submitted till June 21 and scrutiny of papers will be done till June 22 while the list will be released on the same day.

It should be noted that the AJK Assembly’s terms will end on July 29, but so far, the schedule for the new election has not been issued.

Earlier, the NCOC had suggested postponing the upcoming Azad Jammu And Kashmir election by two months.

In this connection, the NCOC wrote a letter to the Chief Election Commissioner of AJK, stating that due to the rise in the number of coronavirus cases in the country, the polls should be delayed.

The letter said that large political gatherings due to elections will lead to the further spread of the potentially deadly virus in the state, adding that the number of coronavirus positive cases are already high therein.

The NCOC said one million residents of AJK could be vaccinated by September 2021.

Azad Jammu and Kashmir (AJK) Prime Minister Raja Farooq Haider on May 25 said that just like by-polls took in Pakistan despite the pandemic, elections in Azad Kashmir should also be conducted and cannot be postponed.

Addressing a press conference in Muzaffarabad, the AJK prime minister had said that Pakistan and India must not violate the 1957 resolution on the Kashmir issue.

Speaking about Shah Mehmood Qureshi, he said that the solution of Kashmir is “not in the hands of the foreign minister, therefore, he should avoid issuing statements.”

He said that the prime minister of Pakistan “did not even know that Azad Kashmir has its own election commission,” adding that “PM Imran Khan does not have the authority to introduce electronic voting machines (EVMs) in Azad Kashmir.”