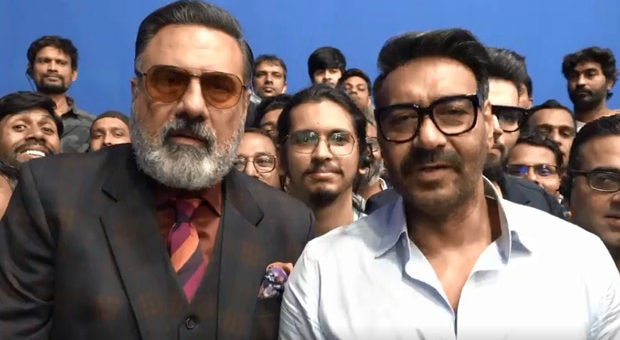 The team of Ajay Devgn, Amitabh Bachchan, and Rakul Preet Singh starrer Runway 34 has wrapped the shoot of their film. The film which also stars Boman Irani and Angira Dhar marks the directorial return of Devgn. On Friday evening, Ajay Devgn announced the wrap of his directorial with a quirky video.

Ajay Devgn took to his Instagram handle to share a video with the crew of the film where they are seen announcing the wrap of the film and then proceed to eat a wrap. Boman Irani, too, is in the video along with Ajay.

“We took flight food too seriously! #Runway34 – it’s a wrap.See you at the movies…,” Ajay captioned the post.

EXCLUSIVE: Shimla Mirchi to release in single screens before being out on OTT; talks with multiplexes on : Bollywood News
2020-01-01