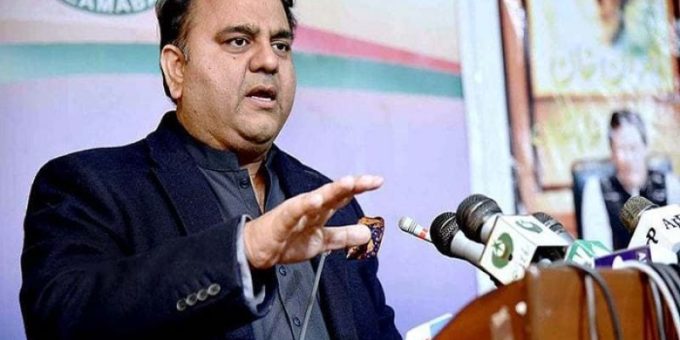 Minister for Information and Broadcasting Fawad Chaudhry Sunday said that Prime Minister Imran Khan has directed the attorney-general of Pakistan (AGP) to ensure PML-N supremo Nawaz Sharif is brought back to the country.

Addressing a press conference in Karachi, Fawad said that “either Shahbaz Sharif asks Nawaz to return to Pakistan or legal action will be taken against him for providing a fake affidavit in this regard.”

The minister also criticised the Sindh government and said that it seems the “PPP is taking revenge from the people of the province.”

He said that Sindh is the only province where citizens could not benefit from health cards due to the policies of the provincial government.

Speaking about the economy, Fawad said that Pakistan was bound to return $55 in the next five years to lenders, adding that giving autonomy to the State Bank of Pakistan was in the best interest of the country.

Hammad Azhar hopes prices will go down this year