Last week, before the crack of dawn, 466,800 doses of Moderna’s COVID-19 vaccine landed at Toronto Pearson Airport in the belly of a FedEx plane after a journey of 8,500 kilometres, from Madrid via Paris and Indianapolis.

If cargo could fly first class, this cargo would qualify.

The vaccine doses, housed in metallic cargo containers, were unloaded before any of the other cargo. As they were carefully lowered off the hydraulic lift and onto a cargo trailer, temperature sensors showed the doses had arrived at their ideal temperature of -20ºC. Ground staff whisked the pallets off the tarmac for customs inspection so that they could be redistributed to the provinces and, eventually, injected into the arms of Canadians.

Minister for Public Services and Procurement Anita Anand was on the runway that morning to oversee the delivery — the latest in a series of deliveries that have been growing in size and frequency in recent days.

“All day long, I’m spending my time trying to move doses from [the third quarter] or from the fall to the spring … and working with suppliers to try to accelerate doses,” said Anand.

“But being here, and seeing the doses come off of the plane, means it is going to happen. Doses are going into arms in the very near term, and that is so meaningful and so important for Canadians.”

Canada’s vaccine rollout got off to a sluggish start. As countries like Israel and the United Kingdom started mass campaigns early in 2021, Canada saw its per capita vaccination rates plunge in international rankings.

Critics at both the federal and provincial levels have blamed the slow pace on Ottawa’s procurement process. Some have pointed to a lack of domestic vaccine manufacturing facilities, or the fact that provinces aren’t able to sign their own contracts with vaccine producers.

“We did come through a rough period in February, and that’s because global supply chains, as a general matter, are just ramping up,” Anand said, referring to manufacturing delays at both Pfizer and Moderna that resulted in smaller-than-anticipated shipments to several countries, including Canada.

“This is the largest vaccination campaign in global history, as well as Canadian history. Having said that, we are ramping up.”

Canada is expecting 8 million doses of COVID-19 vaccines by the end of March. Deliveries are set to ramp up sharply after that, fuelled by weekly Pfizer deliveries of at least a million doses. More than 7 million doses are expected to land in April alone.

Anand said she expects 36.5 million doses by the end of June — enough for every person in Canada to receive a single dose.

“The ramp-up is going to be very steep. But again, we’ve got to watch supply chains. This is very early days in this race of making sure that we have everyone inoculated,” she said.

Prime Minister Justin Trudeau continues to stick to a September deadline for getting every eligible and willing Canadian vaccinated. Because of the increasing supply — and updated guidelines that allow public health officials to wait up to four months before delivering a second dose — provinces are now looking to complete their first round of vaccinations before summer.

The appearance of more contagious COVID-19 variants that might cause more severe illness has put increased pressure on governments to vaccinate quickly.

“The provinces and territories are telling us that they are ready, they want more vaccine. And that’s exactly what we as a federal government are aiming to do,” Anand said.

Trudeau has called Canada’s vaccine supply ramp-up “the big lift.” The prime minister told a virtual roundtable of health care workers in February that the country would be going from a trickle of deliveries in the early months of the year to “receiving millions upon millions, even tens of millions of vaccines into the spring. And we’re going to have to make sure we’re getting them out to everyone.”

The challenge is a daunting one. Taking into account the 8 million doses delivered to Canada before the end of March, about 23 million more Canadians are eligible for vaccination this spring.

To deliver first doses to that entire population between April 1 and July 1, health care workers will have to vaccinate an average of 255,000 people per day, seven days a week. 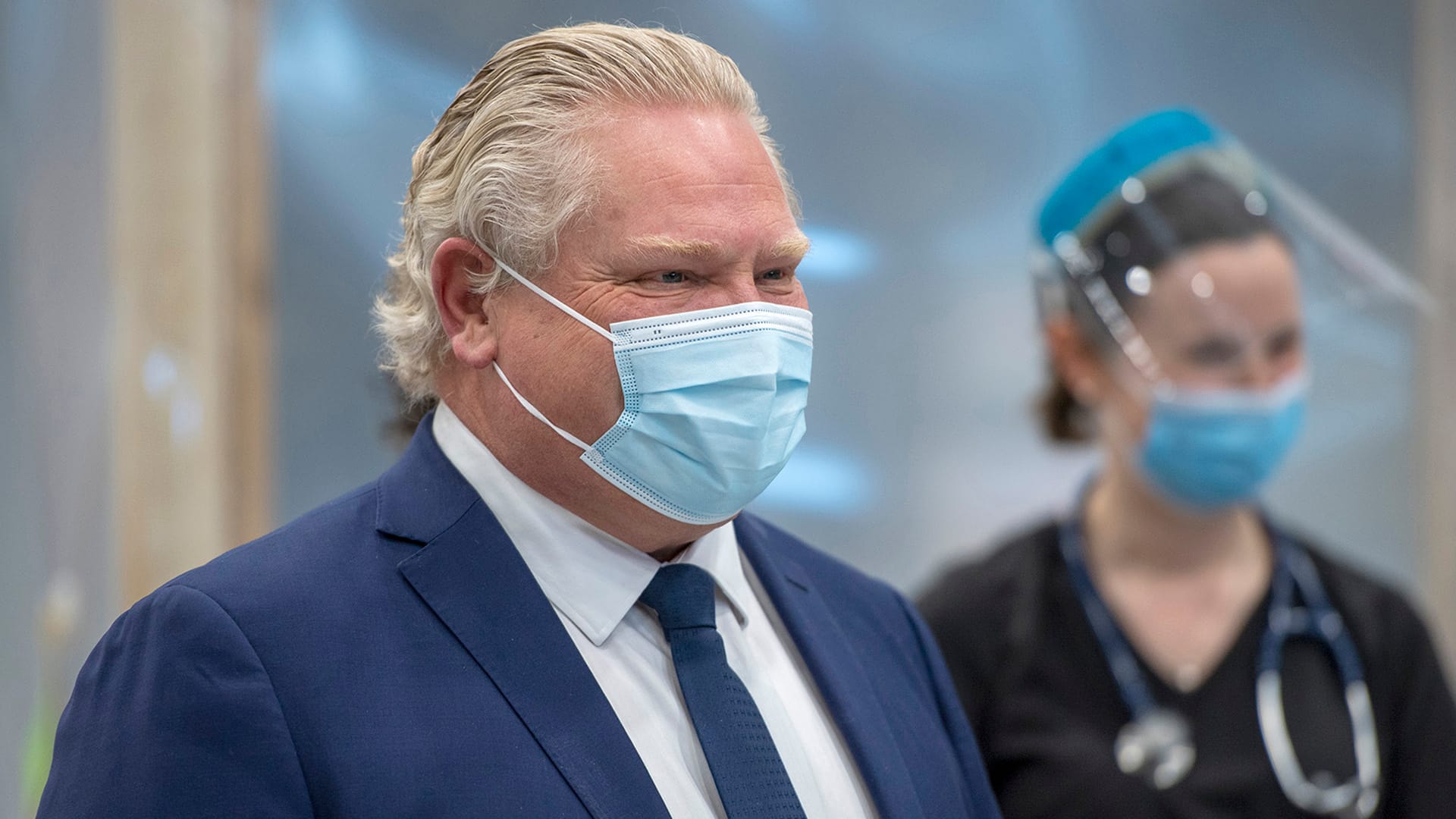 Ontario’s provincial COVID-19 vaccine booking system launched to mixed reviews, with many saying they got an error message or waited in jammed phone queues. Meanwhile, doctors in the province raised concerns of a third wave of COVID-19 infections. 1:49

Ontario Premier Doug Ford says his province has the capacity to administer 150,000 vaccines a day. “We’re making steady progress,” Ford told reporters during an update on the province’s rollout on Sunday. “We just need more vaccines.”

That’s a message the federal government is hearing a lot lately from municipalities. Anthony Di Monte, general manager of emergency operations for the City of Ottawa, said the city has seven clinic-based immunization sites — including re-purposed hockey arenas and community centres — plus two hospital sites and a mobile unit ready to inoculate the city’s population of one million.

He said that once he gets the doses he needs, he’ll be ready to launch on 72 hours’ notice Ottawa’s complete mass vaccination program — which is set to deliver, for a start, 11,000 shots a day through all ten sites.

“Our objective for all seven of our (clinic-based) sites is to do in the neighborhood of 1,200 to 1,400 vaccinations a day, per site,” said Di Monte. “We’ve got some confidence that we could probably crank that up a little bit and get closer to the 2,000 mark per site once we get rolling and we have enough staff.

“We’ve got some confidence that we could probably crank that up a little bit and get closer to the 2,000 mark per site once we get rolling and we have enough staff.”

With enough doses and enough people, Di Monte said, Ottawa can keep its clinics open around the clock. The city has plans for a drive-through vaccination site in the sprawling parking lot outside the Canadian Tire Centre, home of the Ottawa Senators; it’s also looking at using two convention centres.

‘We ramp up and we never go back’

What Di Monte fears is a disruption in supply that would force him to close a vaccination site.

“You want the machine to start going and flowing and a regular flow,” he said. “I would prefer to see that we ramp up and we never go back. We just keep going and I’ll turn the switch up as much as we have capacity.”

Anand said her department is keeping a close watch on those supply lines.

“We are seeing vaccine nationalism take hold in certain areas of the world, including in Europe and, to an extent, the United States,” she said. “And we’ve got to make sure that Canada’s supply chain is protected.”

The cargo flight Anand met at the airport last week crossed European and American borders, offering a clear example of how “vaccine nationalism” — countries limiting exports to concentrate on vaccinating their citizens first — could tie Canada’s supply lines in knots.

“We have to make sure that we’re on top of this file and the delivery schedules,” she said.

“I’m thinking of all the elderly people in Canada who need vaccine, want a vaccine, and Canadians at large. This is what makes this work so important, and this is why we have to see this right through to the end so every single Canadian will have access to a vaccine before the end of summer, if not before.”