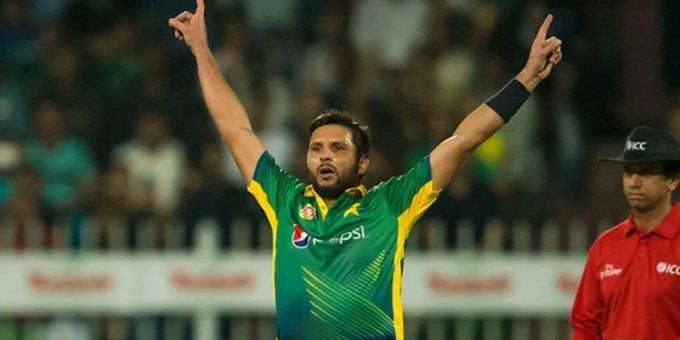 Former Pakistan captain Shahid Afridi has said that he has a big task of serving as an honorary chairman of the Pakistan Disabled Cricket Association (PDCA).

The 40-year-old has been appointed on the position after his charity organisation, Shahid Afridi Foundation, signed a memorandum of understanding with the PDCA through which it will organise the seventh National Physical Disability Cricket Championship 2020.

The former captain will also coach and train the cricket team.

SAF signs an MOU with Pakistan Disabled Association to organize the 7th National Physical Disability Cricket Championship 2020, where 16 teams will compete for the winner title. This step will encourage beneficiaries to not give up & ensure #HopeNotOut despite all the challenges! pic.twitter.com/KZud5898Bo

Afridi, speaking exclusively with Samaa TV, said that he is happy to take over the job.

“It is a big task yet I am extremely happy to take over the reins,” he said.

Speaking about his job responsibility, the prolific cricketer stated that he is aiming is to increase financial support for the players through collaborations.

The Khyber Agency-born cricketer believes that social media can be a powerful tool in helping them getting the stories of the accomplished players shared across the world. “It is the era of social media and the whole world can know about their inspirational stories through the platform.”

He added, “They have achieved a lot and have sent a message that there is still hope for a better future.”

Afridi,
hailing the players’ spirit, said that they have accepted a big challenged. “It’s
not easy to play with disability and their tenacity to perform should not be taken
lightly especially in a country like Pakistan where you are fulfilling your
national duties and motivating others at the same time.”

He called upon the Pakistan Cricket Board and non-governmental organisations to come forward and play their role in supporting the players. “They should be given full support when they are willing to do something for their country and families under such conditions.”