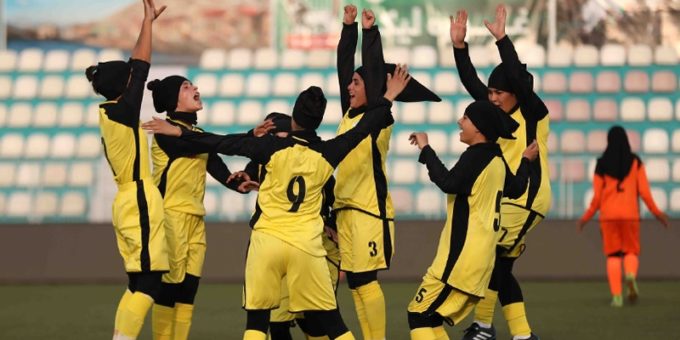 The Afghanistan National Women’s Football Team arrived in Pakistan days after the Taliban suggested that they will ban women’s sport in the war-torn country.

He said the players were in possession of valid Afghanistan passport and Pakistan visa and were received by a Pakistan Football Federation official.

The players have landed in Pakistan along with their coaches and families after the government issued a total of 115 visas.

In the first phase, 79 people have arrived. Club and youth players have been accommodated at the PFF House in Lahore.

PFF president Syed Ashfaq Hussain Shah also welcomed the players and the support staff. He said all arrangements have been made to host them.

Last week, the deputy head of the Taliban’s cultural commission, Ahmadullah Wasiq, reportedly said women would not play cricket, or any other sport, under the new regime.

“I don’t think women will be allowed to play cricket because it is not necessary that women should play cricket,” Wasiq told Australian broadcaster SBS on Wednesday.

“In cricket, they might face a situation where their face and body will not be covered. Islam does not allow women to be seen like this.

“It is the media era, and there will be photos and videos, and then people watch it. Islam and the Islamic Emirate do not allow women to play cricket or play the kind of sports where they get exposed,” he added.