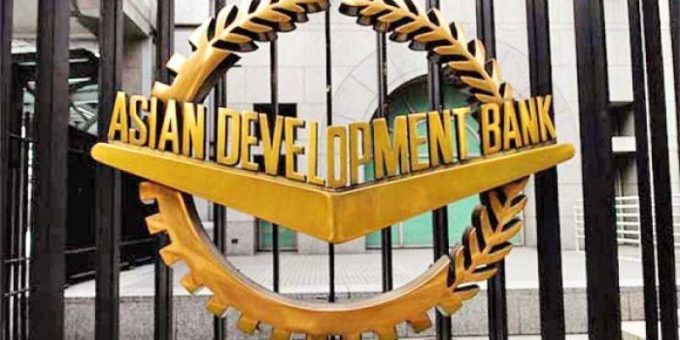 The Asian Development Bank (ADB) has projected Pakistan’s Gross Domestic Product (GDP) growth to reach 4 per cent in the fiscal year 2021-22 (FY22) as business activity gradually resumed in the second year of the Covid-19 pandemic.

According to the Asian Development Outlook 2021, the growth forecast witnessed recovery in private investment as consumer confidence and business actively improved amid the ongoing vaccination rollout and various economic stimulus measures announced in the budget for 2021-22.

The report noted that investment was expected to strengthen as global sentiment improves and the International Monetary Fund-supported stabilisation program continues to progress.

On the supply side, the outlook for agriculture is encouraging in view of the government’s ambitious Agriculture Transformation Plan.

“The plan aims to achieve food security for a growing population by expanding land under cultivation, revamping extension services, boosting water-use efficiency, developing postharvest storage and food processing plants, augmenting bank credit, and introducing the ‘Kissan Card’ as a digital wallet for the direct and swift transfer of subsidies for seed, pesticides, and fertiliser.”

Similarly, steady normalisation of global merchandise trade, improved market sentiment and stronger business and consumer confidence was expected from the continuing rollout of Covid-19 vaccination programme and an accommodative monetary policy, according to the report.

It also said that enhanced growth in agriculture and industry and an expected improvement in domestic demand were projected to raise growth in the services sector which will add to improvement in growth in FY22.

“Inflationary pressures will likely come from ongoing economic recovery and rising global oil prices but should be tempered by expenditure reform and the government’s commitment not to borrow directly from the central bank.”

The ADB report said the risk of inflation being higher than forecast derived from any unusual increase in oil prices or from potential currency depreciation in the wake of any early winding down of the ongoing IMF programme.

The fiscal deficit is projected to narrow to the equivalent of 6.9pc of the GDP in FY22, which is still higher than the target set earlier under a medium-term fiscal consolidation program supported by the IMF.

“Growth in revenue is projected to accelerate with the rapid pickup in domestic economic activity and higher imports,” the report said.

Expenditure is also projected to rise in FY22 as the government has budgeted substantial increases in subsidies and in social and development spending to protect the vulnerable and fortify growth and economic recovery.

However, the government has been implementing a medium-term debt strategy for fiscal years 2020-2023.

“The maturity structure of public debt has improved by re-profiling public debt into longer-term instruments. With strong economic growth prospects for FY22 and beyond, public debt remains on a downward path over the medium term,” it said.

As domestic demand picks up and international oil prices rise, the current account deficit is seen widening to the equivalent of 1.5pc of GDP in the fiscal year 2022.

Likewise, export growth is expected to accelerate, supported by a projected upturn in economic activity in Pakistan’s major trade partners.

Exports will further benefit from continued initiatives to reduce the cost of doing business and especially from the government’s newly introduced export facilitation scheme, which allows the duty- and tax-free acquisition of inputs: intermediate goods, plant, and machinery.

The report further said remittances were likely to remain elevated, supported by the ‘Roshan Digital Accounts’ initiative, and would continue to narrow the current account deficit.

Those who take advantage of corrupt system are against EVM: PM Khan

Pope Francis quips that some want him dead, blasting his critics – The Washington Post