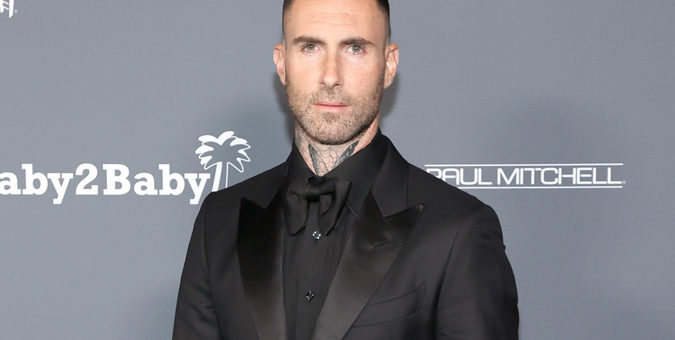 While Adam Levine may want to look towards the future, some fans can’t help but look at the past. Earlier this week, the Maroon 5 frontman denied cheating on wife Behati Prinsloo after Instagram model Sumner Stroh came forward claiming she had an affair with the singer.

“I used poor judgement in speaking with anyone other than my wife in ANY kind of flirtatious manner,” he wrote on Instagram Stories. “I did not have an affair, nevertheless, I crossed the line during a regrettable period of my life.”

After Adam proclaimed that his family “will get through it together,” an old interview resurfaced online where the Grammy winner shared his thoughts on infidelity.

During an interview with Cosmopolitan in 2009, the then 29-year-old explained, “Instinctively, monogamy is not in our genetic makeup. People cheat. I have cheated. And you know what? There is nothing worse than the feeling of doing it.”

A lot has certainly changed for Adam since the interview. In 2014, he married Behati during a wedding ceremony in Mexico. And now, the couple-who are parents to daughters Dusty Rose, 5, and Gio Grace, 4-are expecting their third child.

But after Sumner shared allegations about her relationship with Adam, the singer’s marriage has been put under the spotlight. In a TikTok posted late Sep. 19, Sumner said that when she and the singer allegedly got together, she was under the impression that his marriage to Behati “was over.”

“I believed that they were keeping it quiet to avoid the negative press because, as I had said, I was new to LA,” she explained. “So I just assumed that with celebrities of that calibre, that that’s just how it was.”

“In retrospect, I wish I would’ve questioned things more. I wish I wasn’t so naïve but being naïve is not an excuse for what I did and the role I played in this,” Sumner added. “Again, in no way was I trying to gain sympathy and I fully realize I’m not the victim in this. I’m not the one who’s really getting hurt here, it’s Behati and her children and for that I’m so so sorry.”

While Behati has not publicly spoken out about the situation, Adam has made it clear that his top priority is his family. “My wife and my family is all I care about in this world,” Adam shared on Sept. 20.

“To be this naïve and stupid enough to risk the only thing that truly matters to me was the greatest mistake I could ever make. I will never make it again. I take full responsibility.”

How did ‘bird-hipped’ dinosaurs evolve? — ScienceDaily