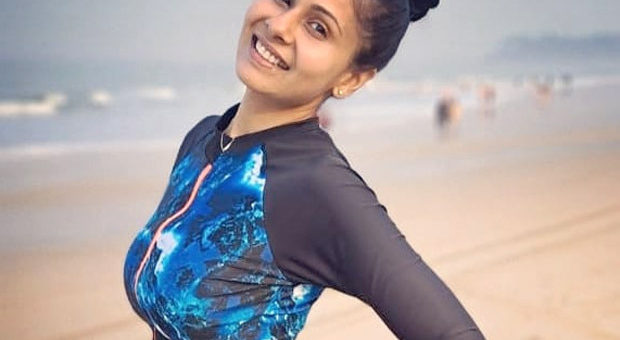 Actress Chhavi Mittal bashed a troll who called her skeleton and skinny through an Instagram post. She called out a user named ‘Ab Bas’ and gave her back with a long post of body shaming tactics. The comment on her picture by the troll was “Plz don’t mind u look skinny. Look at ur hands looking like skeleton.

The actress could not hold herself from giving a befitting reply and immediately posted the screenshot of that comment and wrote, “I was quietly going through the comments on my recent videos and there were some nice ones, some not so nice, and some which offered really constructive criticism. Thank you for that! And then there was this sitting there staring me in the face. Well, dear “Ab Bas”, I just want to say, ab bas. Let’s stop women body shaming women. My hands do a lot for my kids and my community. They may look their age (which is 40) or may look more. But one thing they always do is make me look and feel amazing. Also, calling someone “skinny” is as disrespectful as calling them fat. Dear mothers, have you ever been body shamed? #bodyshaming #stopbodyshaming #stopbodyshame #stopbodyshamingwomen #nohate #womenforwomen #loveyourbody #loveourself #chhavimittal #beingwomanwithchhavi”.

Chhavi Mittal is the co-owner of Shitty Ideas Trending and married to Mohit Husseinwith whom she has kids named Arham and Areeza. The 36-year-old actress is popular for her character portrayal in TV series like Tumhari Disha, Ek Chutki Aasma, Ghar Ki Lakshmi Betiyann, Teen Bahuraaniyaan, Viraasat, and Krishnadasi.

Three generations of one family die from coronavirus
2020-11-13