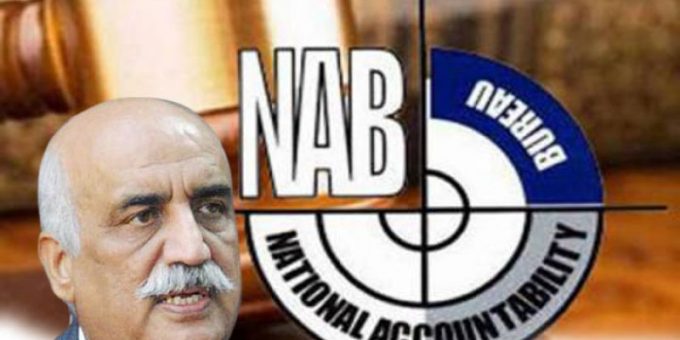 Court in Sukkur on Monday allowed NAB to file a supplementary reference against PPP leader Syed Khursheed Shah in an assets case.

Judge Fareed Anwar Qazi announced his reserved verdict on a plea by the corruption watchdog seeking permission to file a supplementary reference against the former National Assembly opposition leader.

The court adjourned the hearing until October 24 when he is expected to be indicted in the case.

The NAB has filed the assets beyond means reference of Rs 1.23 billion against Syed Khursheed Shah and 17 co-accused.

On September 23, a Supreme Court bench had issued notice to the National Accountability Bureau (NAB) on a bail petition of the PPP leader in the assets beyond means case.