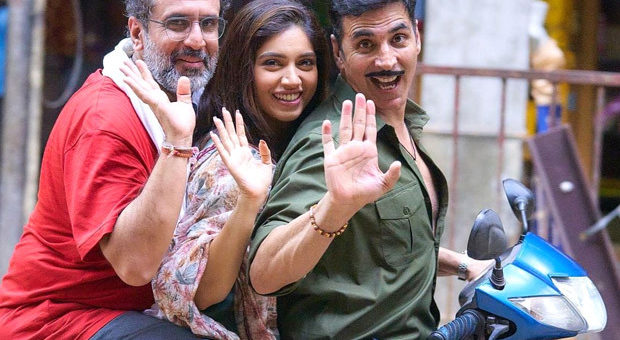 Director Aanand L Rai is known for his unique perspectives and his ability to infuse humour in seemingly normal stories. His Tanu Weds Manu franchise proves that the filmmaker holds entertainment and humour by the scruff. The filmmaker had earlier made an announcement about his upcoming film titled Raksha Bandhan with Akshay Kumar which they started filming in June. The film’s first schedule was completed shortly after. And now, the director will soon be starting with the next leg schedule of the family drama which will begin from 10th September in Delhi with the film’s lead cast and other cast members which include Sahejmeen Kaur, Deepika Khanna, Sadia Khateeb, and Smrithi Srikanth, who play Kumar’s sisters in the film.

Raksha Bandhan is jointly written by Rai’s frequent collaborator Himanshu Sharma and Kanika Dhillon. It stars Akshay Kumar and Bhumi Pednekar in lead roles and revolves around the love, bonding, and attachment between a brother and his sisters. Raksha Bandhan is Rai’s second collaboration with Akshay Kumar after his musical romantic drama Atrangi Re which also stars Dhanush and Sara Ali Khan. Of late, the filmmaker has been giving a steady dose of entertainment as a producer with several films such as Tumbbad, Manmarziyaan, Shubh Mangal Zyada Saavdhan, and Haseen Dilruba. With him returning to the director’s chair with two consecutive films, it’s going to be a cinematic extravaganza at the screens for the audience.