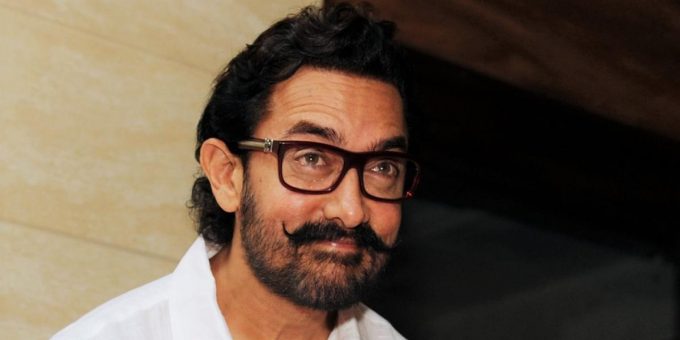 Aamir Khan is one of the most loved Khans of Bollywood. He is currently gearing up for his upcoming film Laal Singh Chaddha with Kareena Kapoor Khan. He recently took to his social media to share the first look of the film and ever since, fans have been eagerly waiting for the trailer launch. Much buzz has been surrounding the film ever since it went on floors especially since Laal Singh Chaddha is the remake of Tom Hank’s starrer Forest Gump.

Aamir Khan in and as Laal Singh Chaddha

Now late last night, Aamir Khan was spotted with his daughter Ira Khan and nephew Imran Khan in the city. Aamir Khan, together with his family headed out to attend his sister’s birthday dinner. The actor was spotted and of course the paps couldn’t help but snap some pictures. For the birthday dinner, Aamir Khan was clad in a pair of jeans which he teamed with a bright yellow tee. He coupled his look with a blue coloured cap worn backwards and his rugged beard which he has been growing for his role as Laal Singh Chaddha.

Imran Khan, on the other hand, was looking uber cool in a grey t-shirt and blue pants. Aamir Khan’s daughter Ira Khan was donning a grey coloured skater dress. Ira was spotted with Aamir and Imran who was sitting beside Ira in the car. As they arrived for dinner Imran Khan and Aamir Khan obliged the paparazzi with pictures.

Laal Singh Chaddha has been directed by Advait Chandan and produced by Aamir Khan and Kiran Rao through Aamir Khan Productions along with Viacom18 Motion Pictures. The film is all set to hit screens on  December 25, 2020 and fans can hardly wait to see him on screen again, together with Kareena Kapoor. This is however, not the first time the two will be seen sharing screen space.

Wendy Williams Quashes Lesbian Rumors: I Like the D!

French Government Will Decide If Roland Garros Will Have Spectators, Says Federation Head
2020-06-02