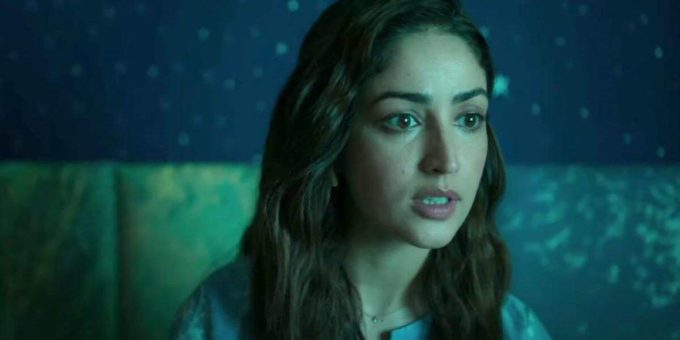 After starring in the Disney Plus Hotstar movie Bhoot Police earlier, Yami Gautam is back with a brand new film, A Thursday, made in collaboration with the OTT platform. The movie, a sort of spiritual sequel to the acclaimed A Wednesday, is being pitched as a suspenseful drama punctuated with exciting thrills. The makers on Thursday released the first full trailer of the movie.

A Thursday trailer promises an intriguing drama with strong elements of a thriller. The actor seems to be playing somewhat of an anti-hero in the film. For now, it is made to appear that Gautam’s character, Naina has a twisty side to her with secrets buried in the recesses of her mind that threaten to overwhelm the country. In the two-minute trailer, we see Naina, a school teacher, taking 16 students of her kindergarten school hostage. She then makes a threatening call to the police force (enter Neha Dhupia and Atul Kulkarni), about wanting to speak to the Prime Minister (Dimple Kapadia). If the police and the PM fail to meet her demands, Naina says that she would shoot her students in ‘alphabetical order.’

Perhaps the best thing about A Thursday’s trailer is that it doesn’t reveal too much in its promo video. For now, we will have to wait a while to uncover Naina’s motive behind this deadly step.

Earlier, the makers had also shared a teaser from the upcoming release in which we saw the tense-looking Yami singing a popular nursery rhyme as kids chanted the lines after her.

This is Yami Gautam’s second movie after tying the knot with Uri: The Surgical Strike director Aditya Dhar last year. The pair had tied the knot in Himachal Pradesh’s Mandi. The wedding was a close-knit affair with only close friends and family members in attendance.

Directed by Behzad Khambata and produced by Ronnie Screwvala, A Thursday will release on Disney Plus Hotstar on February 17.

On the work front, Apart from A Thursday, Yami is looking forward to the release of Lost and Dasvi.

Full House star Bob Saget’s cause of death was head trauma, revealed by family after one month : Bollywood News

Do you have the obsessive-compulsive coronavirus disorder?
2020-03-17