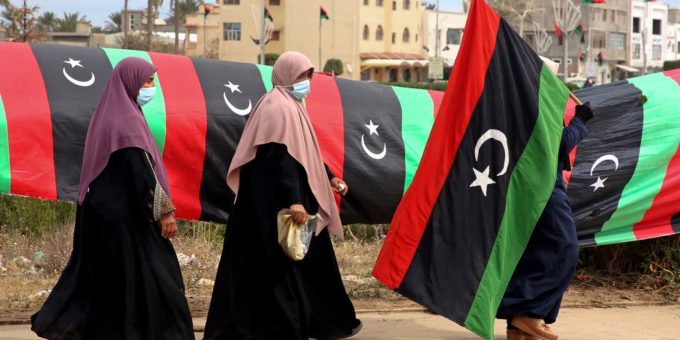 Libya’s Parliament declared that it would be impossible to hold a long-awaited presidential election on Friday as scheduled, a delay that risked further destabilizing the oil-rich North African nation, which has been troubled by division and violence in the decade since the dictator Col. Muammar el-Qaddafi was toppled and killed in a revolution.

The announcement on Wednesday by the president of the parliamentary election committee, Hadi Al-Sagheer, confirmed what virtually everyone in Libya already knew. Nonetheless, it threatened to take political tensions to a boil from a simmer.

“After reviewing the technical, judicial and security reports,” Mr. Al-Sagheer said in a statement, “we would like to inform you that it will be impossible to hold the elections on the date set by the elections law.”

Western diplomats, along with many Libyans, had thrown their support behind this election, viewing it as a crucial step toward ending nearly a decade of civil conflict and reunifying a country still largely split in two. The election of a new president is regarded as the key to beginning the evictions of the armies of foreign fighters who were brought in over recent years to wage civil conflicts, to starting the consolidation of Libya’s multiple militias into a single national army, and to reuniting fractured government institutions.

Libya was already on edge as the delay was announced on Wednesday morning. In the capital, Tripoli, on Tuesday, armed men and tanks had deployed on the streets and closed down the road to the presidential palace, sending residents scrambling to stock up on food and fueling fears of an imminent armed conflict. No violence had broken out by nightfall, but many feared the tenuous quiet would not last.

For more than a year, Libya had been working toward the election on Dec. 24, which was to coincide with the 70th anniversary of the country’s independence. But it had become increasingly clear in recent weeks that the election could not go forward as planned because of disputes over the eligibility of the major candidates and over the electoral law.

The question now is not only when a vote might take place, but whether a postponed election would be any less brittle — and who would control Libya in the interim. While international mediators continued to try to find a new election date not long from now, Libyan politicians were already vying for control of a country that looked in danger of becoming rudderless with the added uncertainty surrounding the vote.

The board of the High National Elections Commission has proposed Jan. 24 as a new election date.

Local media reported earlier on Wednesday that the head of the High National Elections Commission, Emad al-Sayeh, said the board of the commission had stepped down after the failure to hold the election on schedule. But Ahmed Sharkasi, a member of the Libyan Political Dialogue Forum, the U.N.-convened body that set out the road map to the interim government and elections, later denied it.

Nearly 100 candidates, including a few who are among the most prominent in Libyan politics, had declared they were running for president in Libya, which has a population of about seven million people. More than a third of Libyans are registered to vote, and more than two million of them had signaled their intentions to participate by picking up their voting cards.

Turkey and its people are leading by example in terms of animal welfare: Anoushey Ashraf
2020-10-28